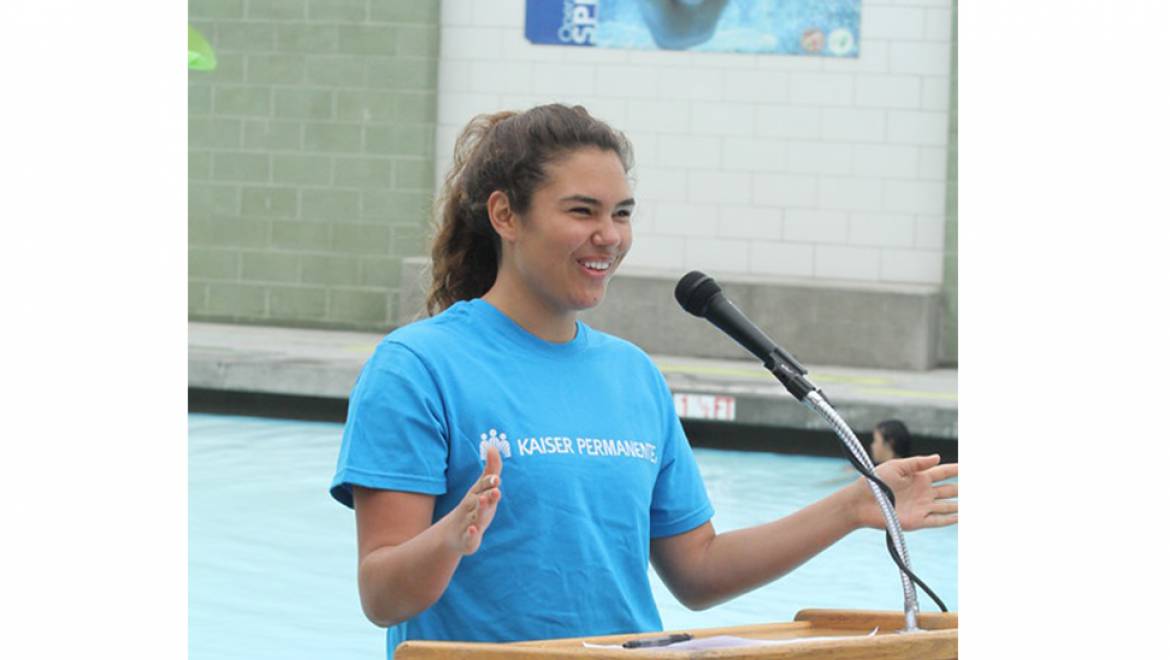 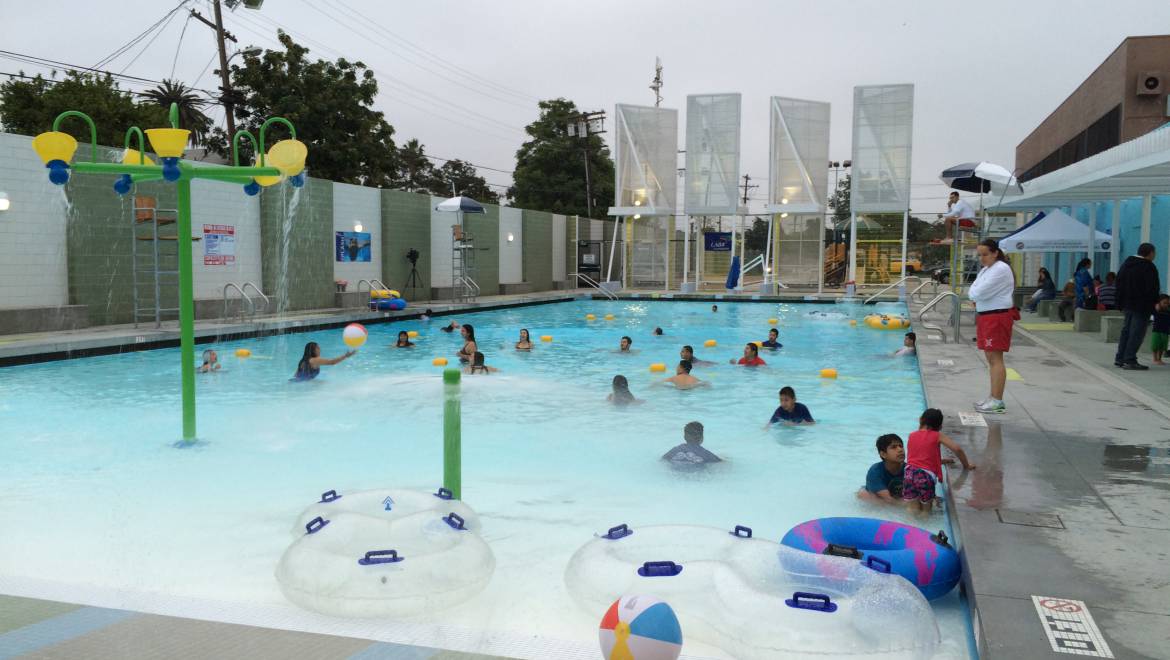 Local children splash around in their new community swimming pool. Operation Splash will underwrite swim lessons for 6,000 children and adults at 35 pools across Los Angeles, including Central Pool (above).

Seven years after learning to swim through Operation Splash, Sarajoy Salib is not only a star aquatics athlete, she also recently became a certified lifeguard.

Seventeen-year-old Sarajoy Salib is a newly-minted certified lifeguard with the city of Los Angeles’ Department of Recreation and Parks. Growing up, this senior from Venice High School was so terrified of water, she thought she would never learn to swim. “Even putting my head underwater during a bath was scary,” she recalls.

As a little girl, Salib wanted to be a ballerina. She was enrolled in a local ballet class at age eight, but withdrew from the program after only two years. "I was bullied a lot because of my weight,” Salib explains. “I loved being a dancer, but the bullying aspect really hurt.”

To help build her daughter’s self-confidence, Salib’s mother took her then 10-year-old daughter to their local public swimming pool in Venice and signed her up for free swim lessons through Operation Splash, a Kaiser Permanente funded program that provides free swim lessons and Junior Lifeguard programs for kids and adults. Operation Splash also provides opportunities for physical activity to children and families in high density communities that often face many challenges.

Seven years after learning to swim through Operation Splash, Salib is not only a star aquatics athlete and member of her school’s diving, swim, and water polo teams, she also recently earned certification as a city lifeguard.

Salib was recently invited to be a guest speaker at the official kick-off of this year’s Operation Splash, hosted at Central pool in South Los Angeles on Friday, June 10. Dozens of children and parents gathered to celebrate both the swim program and the re-opening of this newly renovated public pool which had been closed for 12 years due to damage from the 1994 Northridge earthquake.

Salib credits swimming for helping her gain and maintain a healthy weight and lifestyle, and rebuilding her self-esteem. “The thing I love most about swimming is that no one’s judging your weight or body type.  In the pool, we are all just swimmers,” she says.

In 2016, Kaiser Permanente is providing a $240,000 grant to the Department of Recreation and Parks Aquatics Division to promote physical activity among the residents of Los Angeles.

Kaiser Permanente’s Operation Splash grant will underwrite swim lessons for approximately 6,000 children, teenagers and adults at 35 pools across Los Angeles; create jobs by providing junior lifeguard scholarships for 780 youth at 47 sites; and increase participation in the Rethink Your Drink Campaign, which raises awareness about the unhealthy impacts of sugary beverages and the benefits of drinking water.

Salib’s mother Linda attests, “Kaiser Permanente has been a strong influence on my daughter’s health,” she says. “Sarajoy used to drink a soda every day. Thanks to Rethink Your Drink, the pool coach banned kids from bringing soft drinks to the swimming pool, and Sarajoy eventually kicked the habit.”

Operation Splash is part of Kaiser Permanente’s Healthy Eating, Active Living (known as HEAL) efforts to reduce obesity in the community by increasing opportunities for safe physical activity and access to healthy and affordable foods. Based on the program’s success in Los Angeles, Operation Splash expanded to six other southern California cities in 2009 bringing its total pledge in 2016, to $477,500.