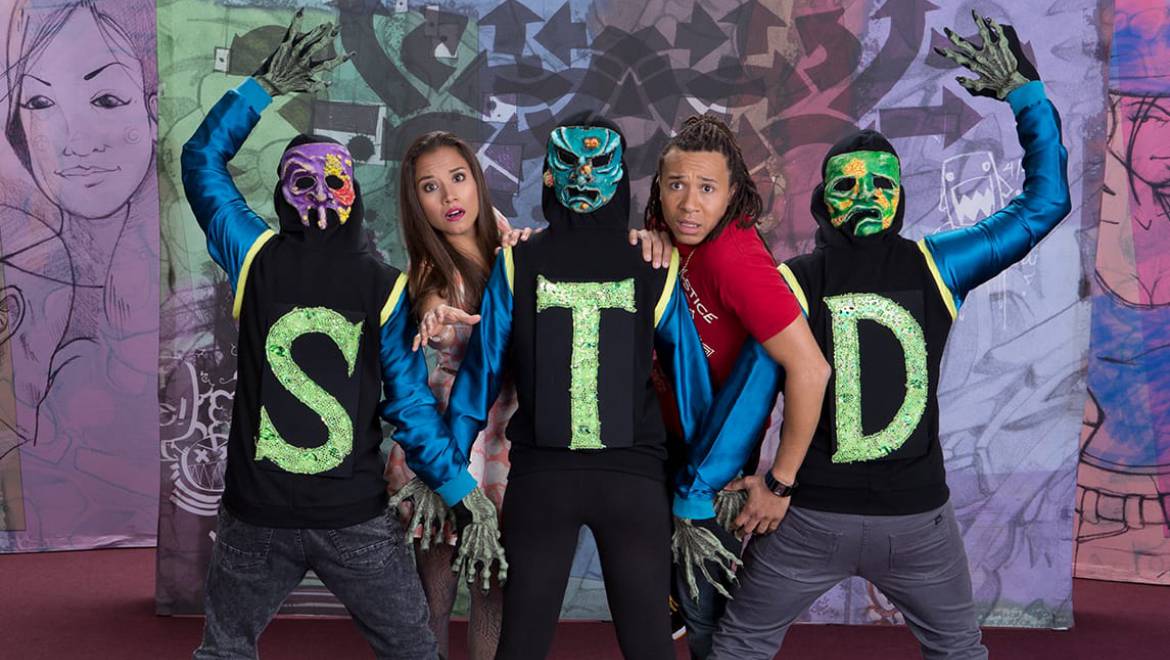 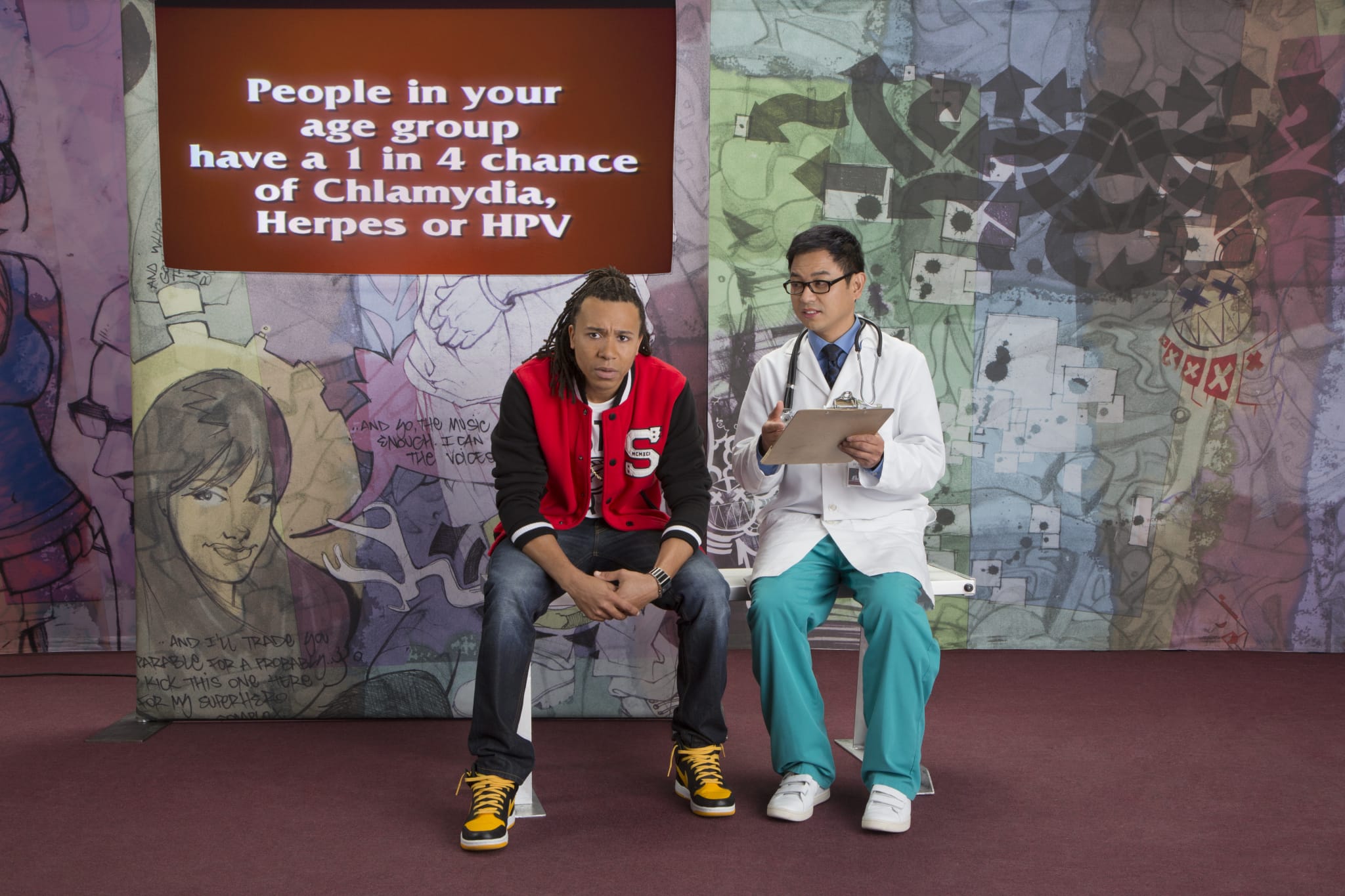 Can a person diagnosed with the human papillomavirus (HPV) have sex again? What is chlamydia? Why are water-based condoms best?

Golden Valley High School students asked these questions and more. This was not a sex education class, but a Q&A session with Kaiser Permanente Educational Theatre actor-health educators following one of their first performances in Kern County aimed at reducing sexually transmitted disease (STD) rates.

The “What Goes Around” production stresses in a hip, nonjudgmental way how STDs such as chlamydia, genital herpes, gonorrhea, syphilis, HPV, and the human immunodeficiency virus (HIV) can be contracted through unprotected sex.

“We’re not here to tell you how to live your life – we want to provide accurate medical information so you can make informed decisions if you choose to be sexually active,” said actor-educator Ray Auxais as he and the other cast members answered the audience’s questions in the Bakersfield school’s auditorium.

“Abstinence is always an option, and will prevent getting an STD or becoming pregnant,” continued Auxais, who portrays Eli, a charming high school senior who contracts two STDs.

“Remember, it’s not about who you are, but what you do. Don’t be a statistic.” 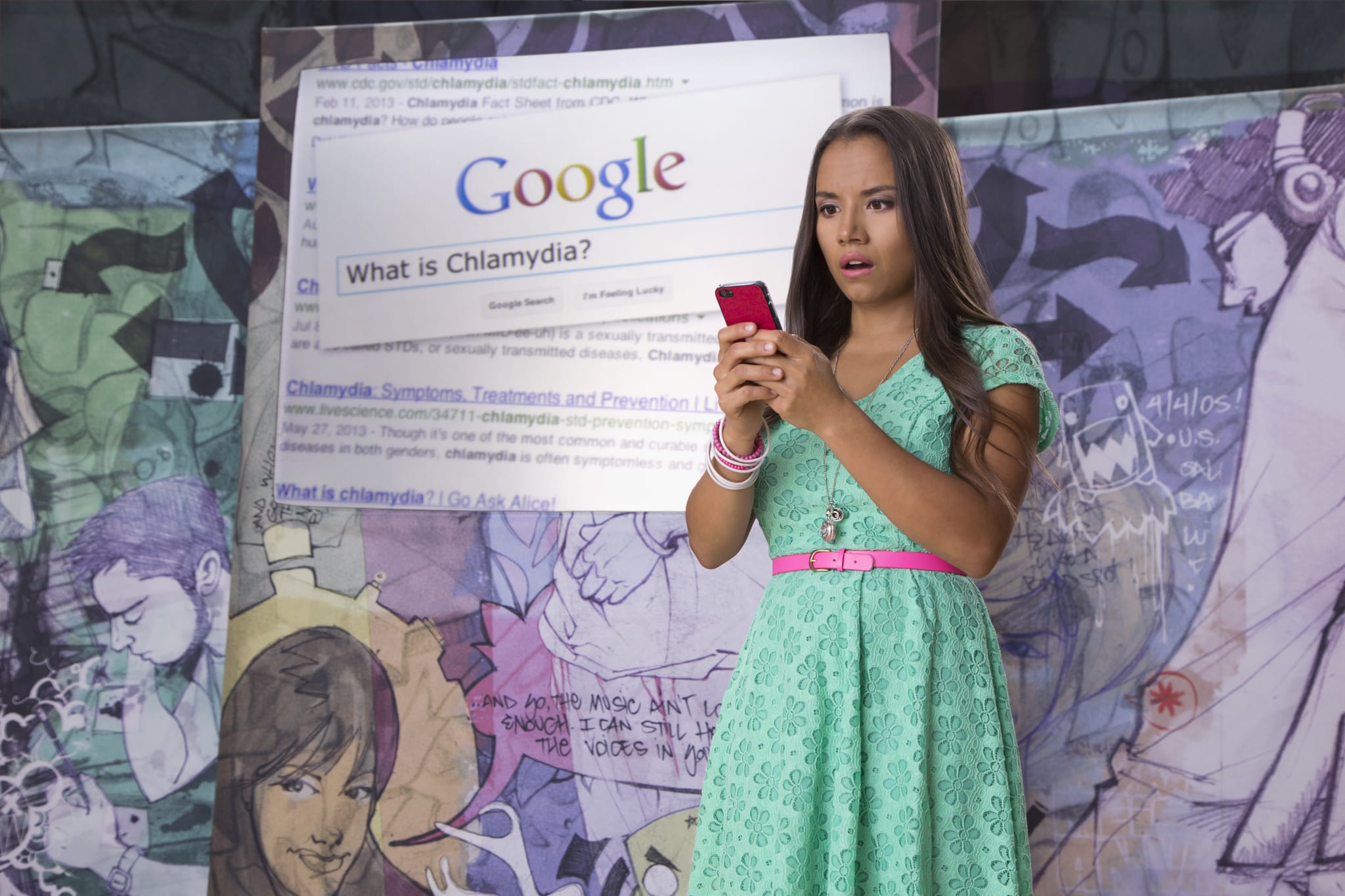 STD rates have reached record highs nationwide over the past two years, with California near the top. California had more chlamydia, gonorrhea, syphilis, and congenital syphilis cases in 2016 than any other state in the country, according to the Centers for Disease Control and Prevention (CDC) data.

The message is important to deliver in Kern County, where STD rates rank among the highest in the state. Kern County scored among the worst of California counties, with nearly 9,000 reported cases. Here’s how Kern County’s case totals compared to the state average:

The rates reflect in part decreasing condom usage, a lack of public awareness about STDs, a dwindling number of STD clinics, and an increase in STD testing, according to state health officials.

Youth are particularly at risk. One in four high school students becomes infected with an STD, and people age 15 to 24 account for nearly half of all STDs reported in the U.S., according to the CDC. To combat the issue, Kern County Public Health Services in 2016 launched “Know Your Risk,” a comprehensive, multiyear awareness campaign.

Some STDs including chlamydia, gonorrhea, and syphilis can be cured, but if left untreated they can cause infertility or other serious health problems. Other STDs such as HIV, herpes, and HPV are viral and can only be managed, not cured. 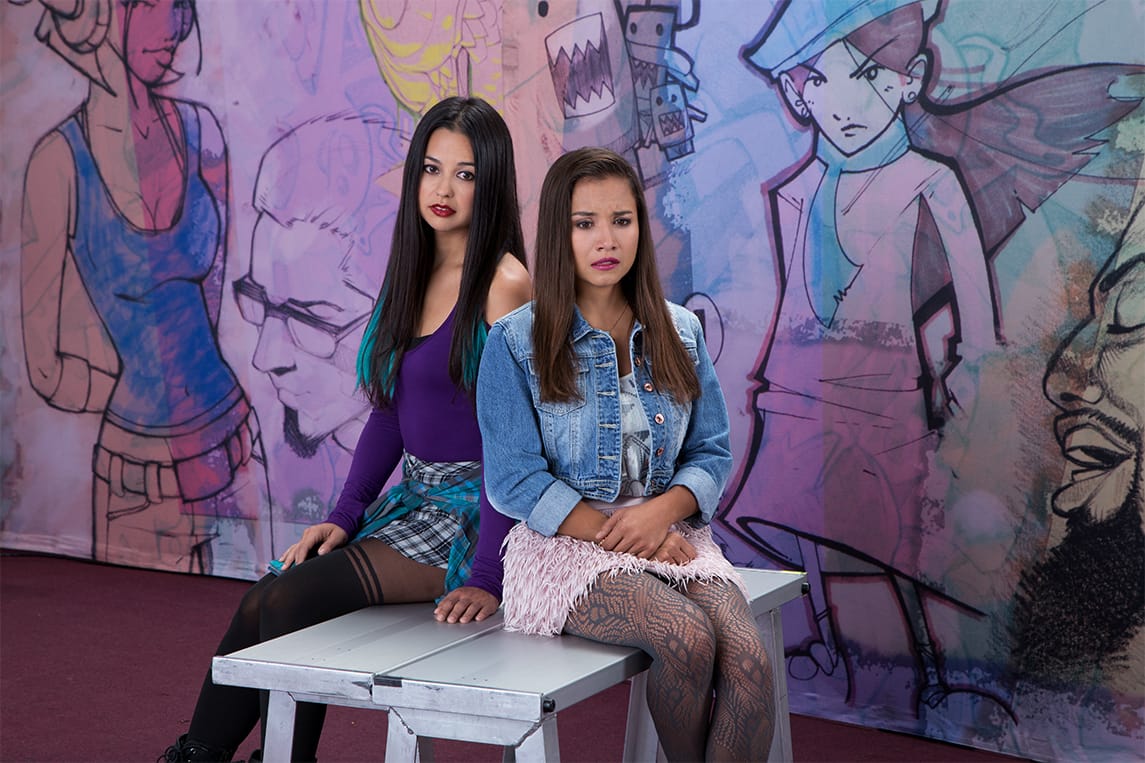 In “What Goes Around,” Eli cheats on his girlfriend Alicia (portrayed by Sandra Smith) with another girl he meets at a party. But when Eli realizes the second girl left him a “downtown souvenir,” he’s shocked. He thought he was safe from catching a disease since the girl was on birth control. When Eli’s friend convinces him to get tested at a clinic, he learns he has chlamydia and HPV. Now Eli must tell Alicia – but how?

“The play was excellent,” said GVHS Principal Paul Helman. “It reached the kids at their level – very appropriate and relatable. It’s helping to break down barriers in talking about a difficult subject.”

“STD rates are climbing, especially in the African-American and Latino population,” said Kalvin Yu, MD, chief integration officer and physician lead for community benefits and public health, Southern California Permanente Medical Group. “’What Goes Around’ helps reach groups that don’t have access to health care or are growing up in a cultural environment where this subject is not discussed.”

“Because the students see the actors-educators more as peers, they feel more comfortable asking questions than in a conventional school setting or doctor’s office,” continued Yu, who is also an infectious diseases physician.

GVHS senior Stephanie Guzman, who plans to pursue a medical career, agreed the production is needed: “This was a good wake-up call. We had sex education in ninth grade but this is a reminder of things we may have forgotten.”

Fellow senior, Jayro Olvera, wishes more youth and adults had the opportunity to see “What Goes Around.” “If people in Bakersfield could watch this, everyone could come together as a community to affect the STD problem,” said Jayro, whose goal is to become a nurse anesthetist.

‘What Goes Around’ to reach entire KHSD 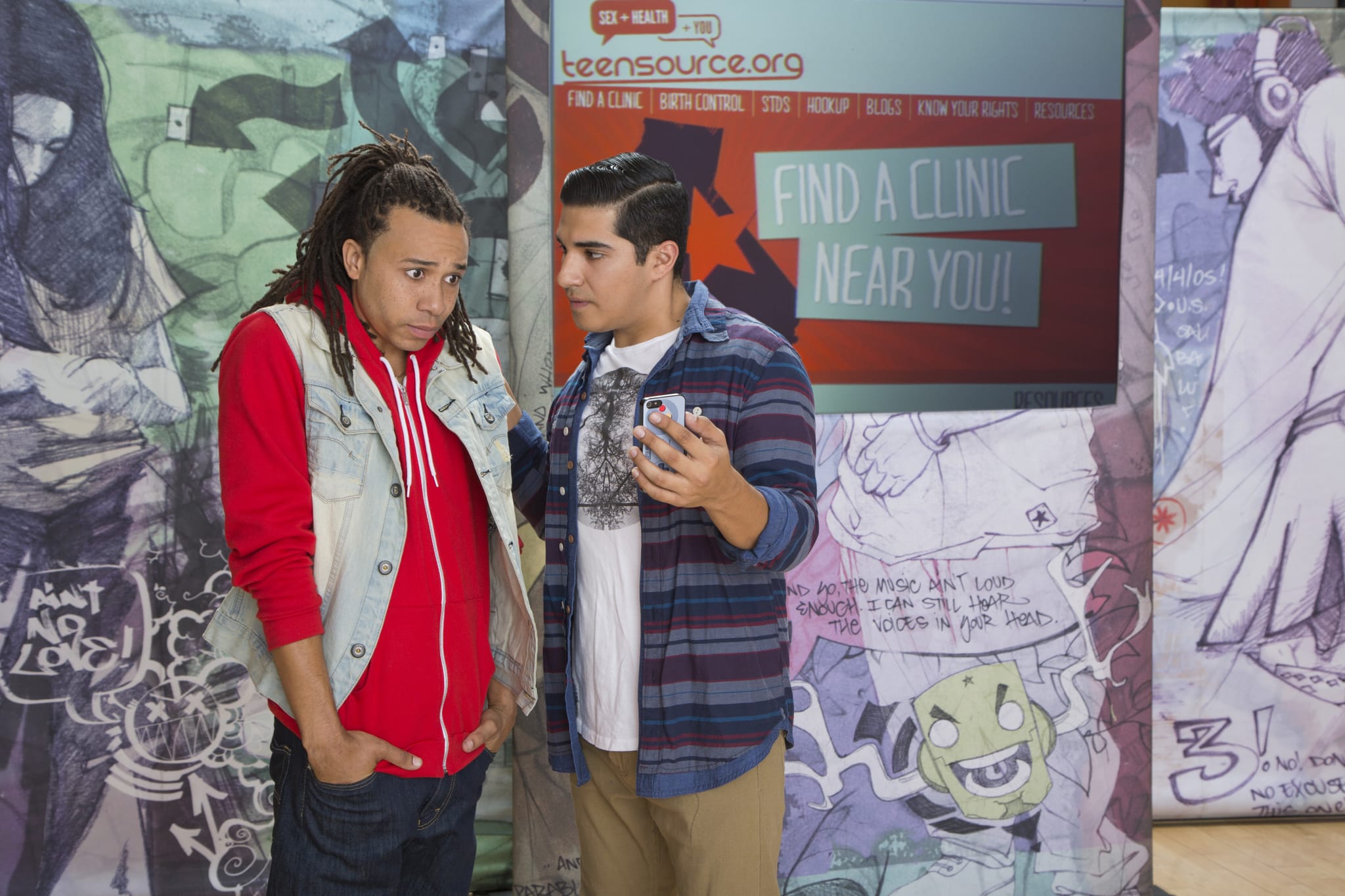 “What Goes Around” has been educating Southern California youth for the past 10 years, with more than 60,000 high schoolers seeing the performance annually. However, Kern High School District (KHSD) only recently gave the green light and adopted a more comprehensive sex education program to align with state requirements mandated by the California Healthy Youth Act.

“What Goes Around” debuted in November 2017 in KHSD to juniors and seniors at four campuses. By the end of the 2018-2019 school year, the district’s other 19 comprehensive and alternative high schools and more than 16,000 students will view the production.