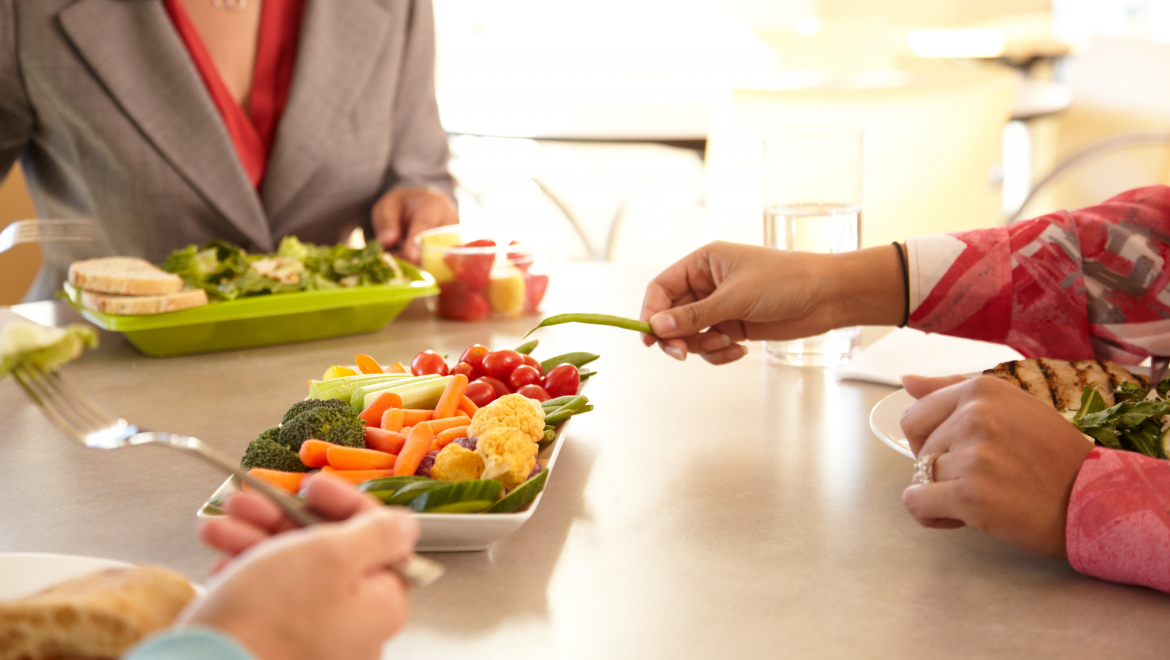 Transforming a Challenging Past

A former client of the Downtown Women’s Center in Skid Row is now an advocate who helps educate other service providers who work directly with the homeless. 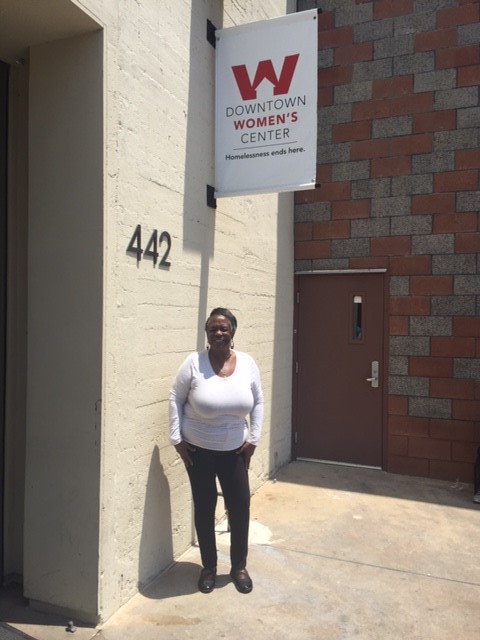 Denise Smith remembers well when she first became drug-addicted. Suffering severe postpartum depression in her late 30s following the birth of her third child, she turned to crack cocaine to escape her problems. Getting high became a dangerous daily habit that eventually caused her to lose her family, home – and nearly her life.

After years living homeless in the Skid Row area of downtown Los Angeles, Smith desperately wanted to change her self-destructive behaviors. She sought help at the nearby Downtown Women’s Center (DWC). The first permanent supportive housing provider for women in the United States, DWC’s mission is to end homelessness for women in greater Los Angeles through housing, wellness, and advocacy.

“I became empowered to take charge of my life, to not be a victim anymore,” said Smith. “I learned to fight for me, because if I’m not well, I can’t help anybody else.”

According to the latest Homeless Count Results released May 31, 2018 by the Los Angeles Homeless Service Authority:

Inspiring others to succeed

Today, Smith has been drug-free since 2014 and resides in a senior living community in South Los Angeles. To stay healthy in body, mind, and spirit, she practices self-care by seeking regular medical treatment to manage her diabetes, developing positive ways to deal with stress, and staying connected with her faith.

Smith uses her accomplishments to inspire others by serving as an advocate at DWC. In 2016, the nonprofit organization launched an Advocates Program that engages clients like Smith in advocacy, storytelling, and media training. Advocates participate in four months of training sessions to enhance their presentation skills, including communicating their personal story for the greatest impact. The two dozen advocates perform various tasks, from giving public comments at city and county legislative bodies, to speaking at conferences across the country and fundraising events about their lived experience of homelessness.

Put simply, this method is rooted in asking an individual, “What happened to you?” rather than “What is wrong with you?” The trauma-informed approach has been shown to improve outcomes for clients, as well as minimize the effects of secondary trauma service staff may experience when working with victims of violence, abuse, homelessness, and other traumas.

Development of the Advocate Program is part of a larger effort to integrate trauma-informed practices into all DWC services to help the center’s clients and staff. Since 2016, Kaiser Permanente Southern California has provided nearly $195,000 in community health grant funding to help DWC evaluate its trauma-informed care, address opportunities for improvement, and extend trauma-informed best practices beyond DWC.

To support other professionals who work directly with the homeless such as social workers and police officers, DWC offers training on how to deliver trauma-informed treatment. The staff also developed a trauma-informed care toolkit that will launch this summer and be available on DWC’s website.

“Downtown Women’s Center is a vital resource for homeless women who represent 34 percent of the escalating female homeless population in Skid Row,” said Angela Coron, managing director, community health, Kaiser Permanente Southern California. “We’re so pleased to see how the center is sharing the critical work they’re doing in trauma-informed care to benefit the women they serve as well as other trauma survivors.”

As a DWC advocate, Smith assists in the trauma-informed training: “Who better to help providers understand issues homeless people deal with than someone who has experienced homelessness?” she said.

For example, Smith said a common misconception is homeless people are uneducated: “Many people on the streets are former teachers, doctors, lawyers. Something happened in their lives, and they didn’t know how to cope or ask for help.”

“Denise has helped us on so many levels, including how the systems for people experiencing homelessness can be improved,” said Amy Turk, chief innovation officer, DWC. “Using trauma-informed practices supports our efforts to ensure the most effective environment for our clients and staff.”