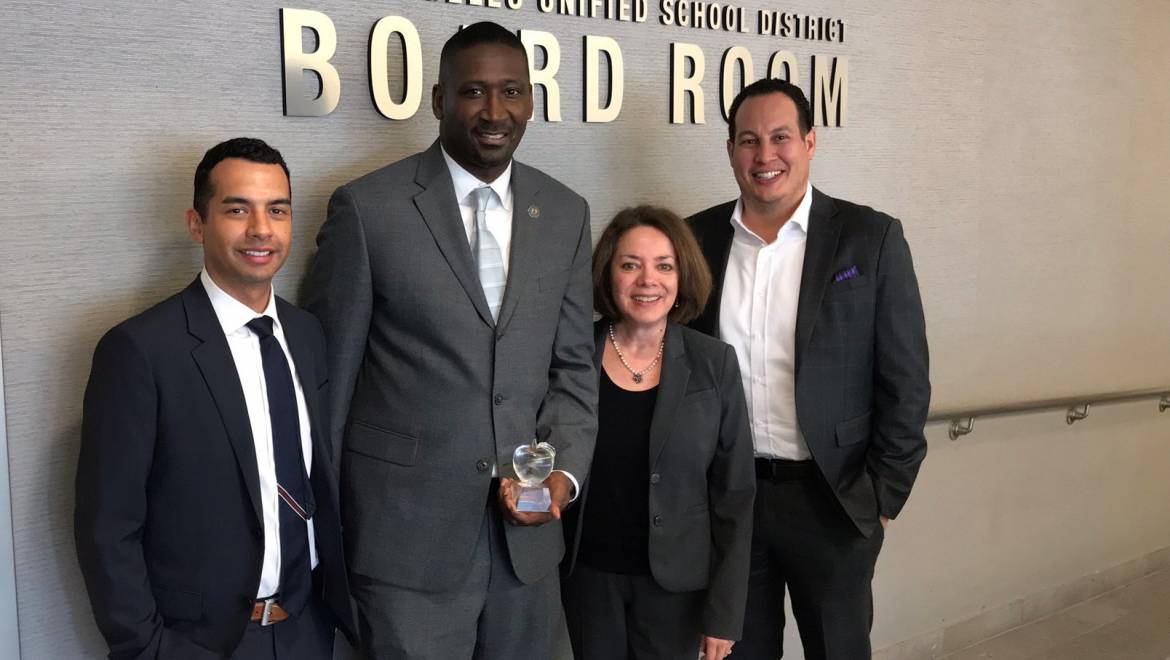 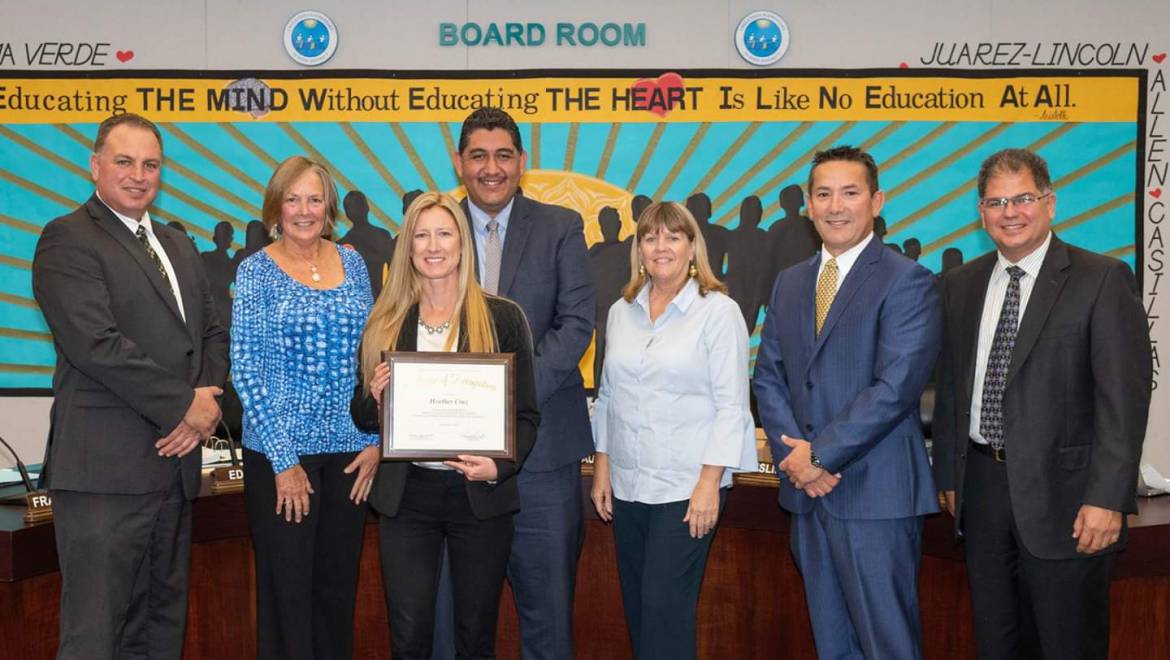 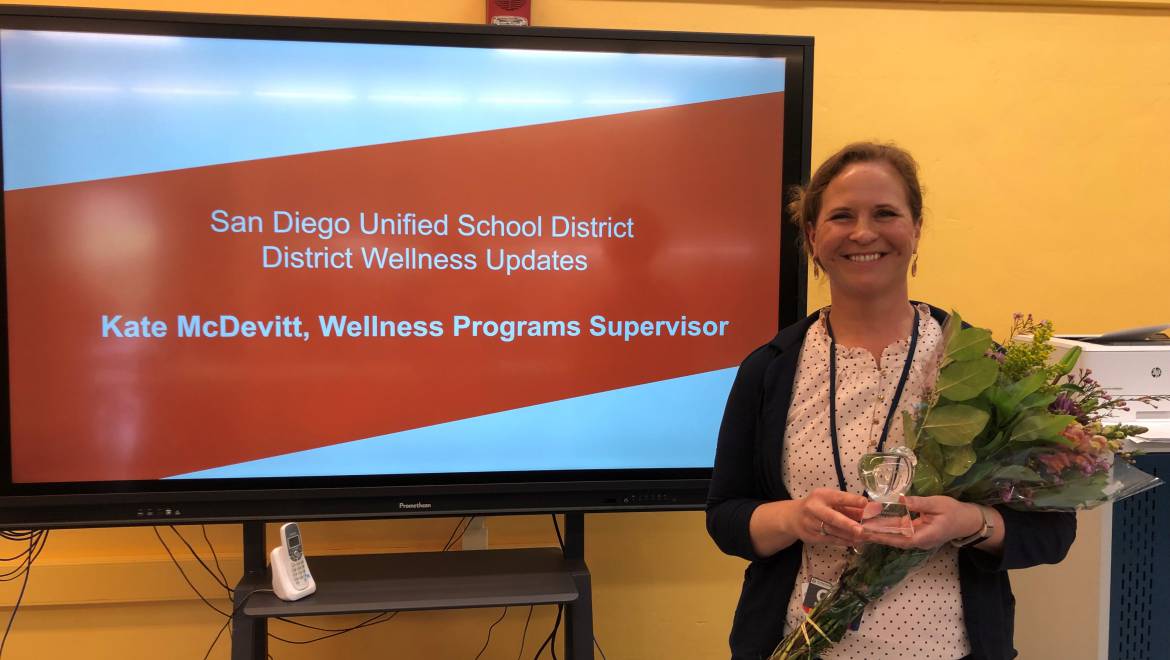 Thousands of children and adults in Southern California are learning to eat healthier, move more, and feel better through the work of 3 educators named to the national 2018 Kaiser Permanente Thriving Schools Honor Roll.

The leadership of these educators in some of California’s largest school districts has helped to create and support programs such as healthy classroom celebrations, staff relaxation stations, and tastings of wholesome foods. Thriving Schools is one of Kaiser Permanente’s key initiatives to promote health and wellness through partnerships, collaborations, and support. The annual honor roll recognizes “champions for healthy schools” and celebrates their successes and innovation. 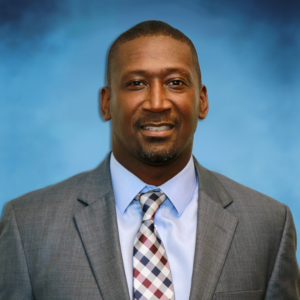 William Celestine oversees the wellness policy and programs for the state’s largest school district. In 2018, that work included establishing new health and safety committees and helping the district set a national record for the most campuses (67) recognized as “America’s Healthiest Schools” by the Alliance for a Healthier Generation. Healthier Generation and Kaiser Permanente have been working together since 2013, delivering the Healthier Generation’s Healthy Schools Program that helps kids develop lifelong healthy habits by ensuring their environments provide and promote good health.

The Los Angeles Unified School District also formed new partnerships, such as with an online organic grocer and the meditation app HeadSpace. It also installed more than a dozen relaxation stations with massage chairs, for example, to help address staff wellness.
To promote student fitness, Celestine said teachers are encouraged to look for alternatives to withholding recess or other physical activity because of misbehavior.

“We’ve shared strategies of alternative things that teachers can do,” he said. “We’re really focusing on the need for our kids to be active.”

Celestine, formerly a teacher and Healthy Start administrator, appreciates the Thriving Schools award. He said the program “embodies so much of the work that is required to address the needs of our kids and staff.” 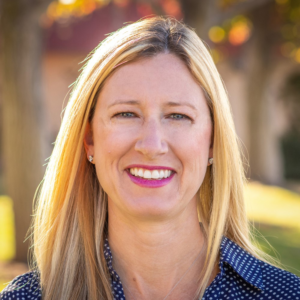 In the Chula Vista Elementary School District, Heather Cruz uses data to help drive priorities and action as the district’s coordinator of physical education, health, and wellness. For example, 2010 statistics showed roughly 40 percent of the district’s students were overweight or obese. That declined to 34.6 percent in 2016 as the district expanded wellness efforts.

“To think that nearly 40 percent of students were in an unhealthy weight range was disturbing to us, so we knew there needed to be changes,” she said. The district overhauled its wellness policy and adjusted some guidelines, including those for previously cupcake-heavy classroom celebrations.

Now birthdays are recognized at an awards assembly or through song, for example, and healthy fundraisers such as fun runs are encouraged. To curb food waste, schools provide a “share table” where students can leave fresh apples, bananas, or other wholesome items they were served but did not eat. Several schools also have introduced staff fitness and nutrition programs such as taste tests of starfruit, kale, and other healthful foods.

Cruz, a multisport athlete and former teacher, said she is honored to receive the Thriving Schools award. “I think it is a testament to all the people in our district who do the work day in and day out,” she said. 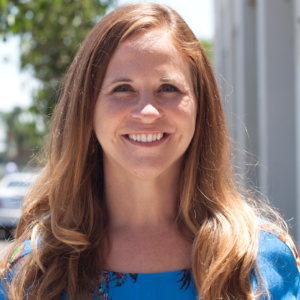 Many schools have embraced healthier classroom celebrations. “We’re helping school communities think about other ways to celebrate birthdays or holidays without sugary treats,” she said.

A pilot project is in the works on celebration kits specific to individual schools; themes range from Harry Potter to dance party. She said focus groups at 3 schools showed students “would much rather play a game, have extra recess, or do something fun and active rather than sit and eat a treat.”

Also on the nutrition front, schools highlight local seasonal produce on salad bars and offer virtual farm field trips through videos. Additionally, schools are working to better engage families in wellness and have expanded options such as fitness and nutrition classes for staff.

“The award is a sign that we are moving the needle, and it is a collective effort,” McDevitt said. “It has helped mark a milestone in the work that we have done together.”

Since December 2018, when the Thriving Schools Honor Roll was announced, the Southern California winners have been honored and recognized at various events. Cruz was honored at a school board meeting in December and McDevitt was surprised with the award at a Healthy Schools Program spring workshop in mid-March. Celestine received his award in late March at a meeting in the district boardroom.