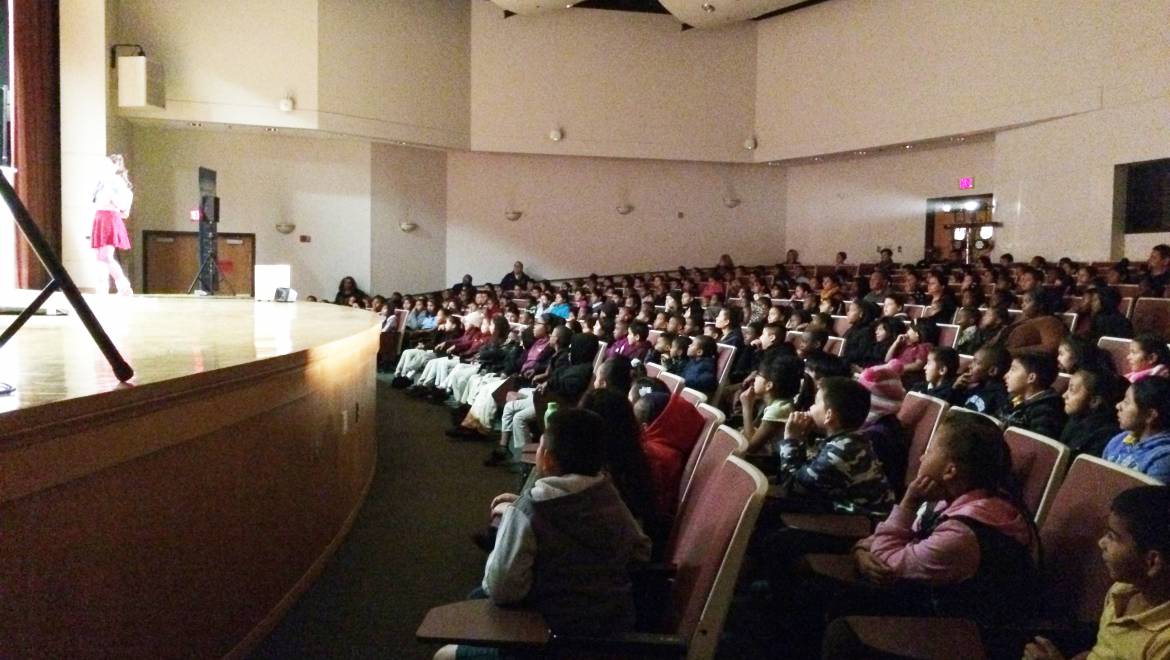 Students from Carver and Lincoln Elementary Schools are captivated by one of the conflict management program performances at King Drew Magnet High School. 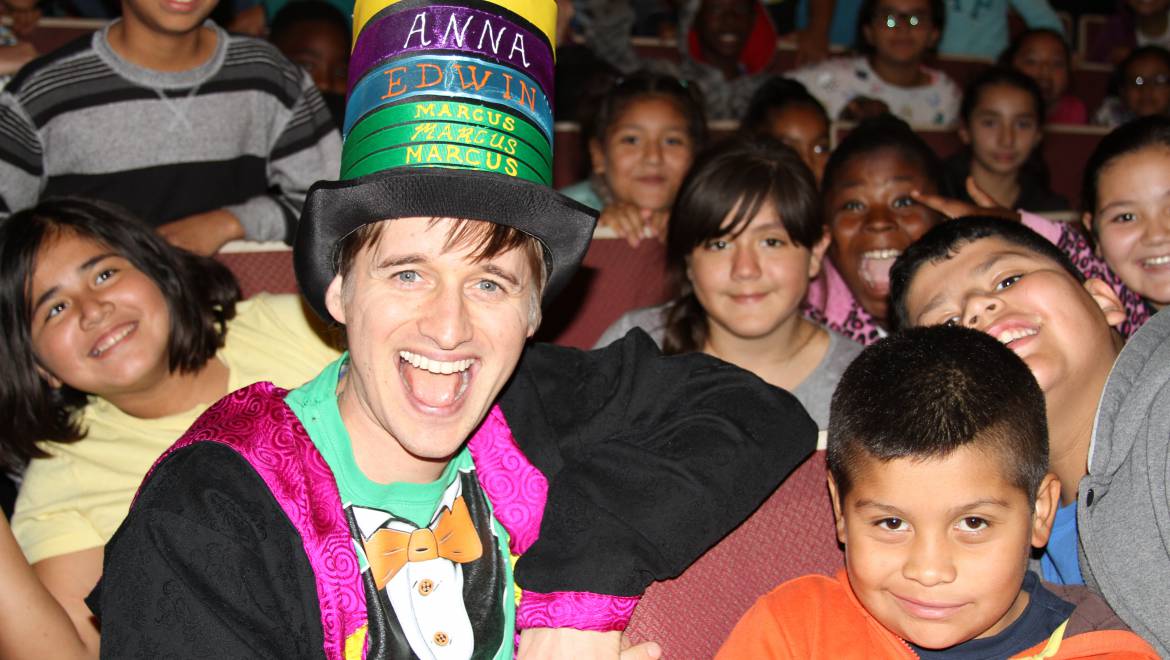 Jeremy Lelliott who plays Reggie in ‘It’s Stop Time’ joins students in their seats after the performance.

‘Stop - Breathe - Choose’ is a Promising Alternative to Violence

During a recent field trip to watch a live theatre performance at King Drew Magnet High School for Medicine and Science, a few local elementary school students were asked to describe how they deal with conflict or difficult situations.

“I just ignore it and walk away,” said 10-year old Cruz from Watts, California, as he waited for the performance to begin.

“I get mad and sometimes I say mean things [to the other person],” said Priscilla, 9, Watts, California. “My sister and I will sometimes fight and my mom will separate us,” she added.

The students were asked about responding to conflict to prepare for the performance they were about to watch, “It’s Stop Time,” a new conflict management play presented by Kaiser Permanente’s Educational Theatre. Designed for students in grades three through five, “It’s Stop Time” highlights the importance of self-efficacy in managing conflict, which is becoming increasingly critical.

According to a recent report, crime in Los Angeles rose in every category in 2015. Violent crime in Los Angeles climbed almost 20% during that same year. This marks the second year in a row that violent crime is up, but it’s the first time since 2003 that both violent and property crime rates grew. Discussing conflict management early is an important preventive step in providing children tools to deal with anger issues and help control volatile impulses before they lead to violence.

Using an engaging story line, highly relatable characters, and plenty of audience interaction, “It’s Stop Time” easily gets its message across to young viewers. Students visiting King Drew Magnet High School sat mesmerized during both 60-minute performances, and easily identified the three steps to managing conflict: Stop, Breathe, and Choose. The live performance will be followed up in a few weeks with an interactive student workshop --as well as one for parents-- which will include the performance’s actor/educators to facilitate discussion about working out conflict.

Following the performance, Priscilla was hopeful that “Stop – Breathe - Choose” was a strategy she would implement moving forward. “It’s easy to remember, and it worked for the kids on the stage,” she said. “I think I can try to make it work for me, too.”

Cruz was more hesitant. “I think walking away is safer than talking about the problem when you get mad,” he said. “But I will try to stop, breathe, and choose when I can.”

Theatre is a powerful medium. Studies show that people relate emotionally, psychologically and mentally to characters played by real people rather than to words on a page. Educational Theatre uses the imagination, interaction and immediacy of theatre to empower and inspire audiences through stories and modeling of positive behavior. To learn more about Kaiser Permanente’s Educational Theatre visit: http://etsoutherncalifornia.kaiserpermanente.org/.

Kaiser Permanente’s Educational Theatre is one of the organization’s Community Benefit programs, and primarily serves underrepresented communities. The program relies on community health needs assessments to inform its program offerings, and regularly adapts to address the most pressing social issues. The programs are developed by theatre professionals in collaboration with health educators, community advisory committees and Kaiser Permanente physicians.