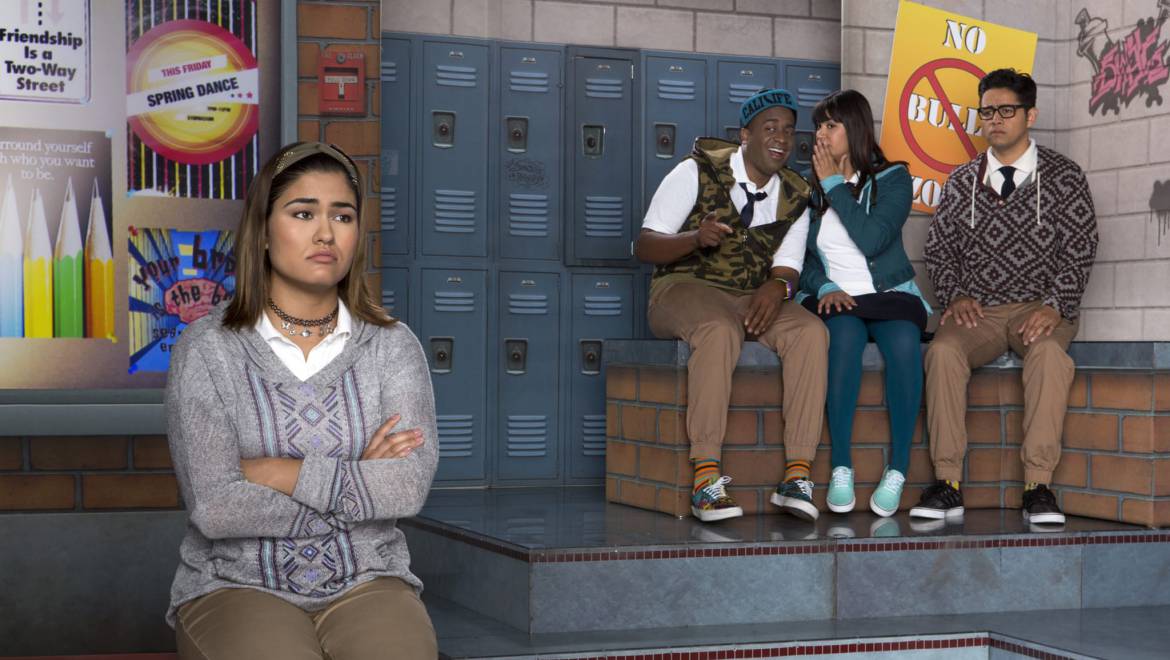 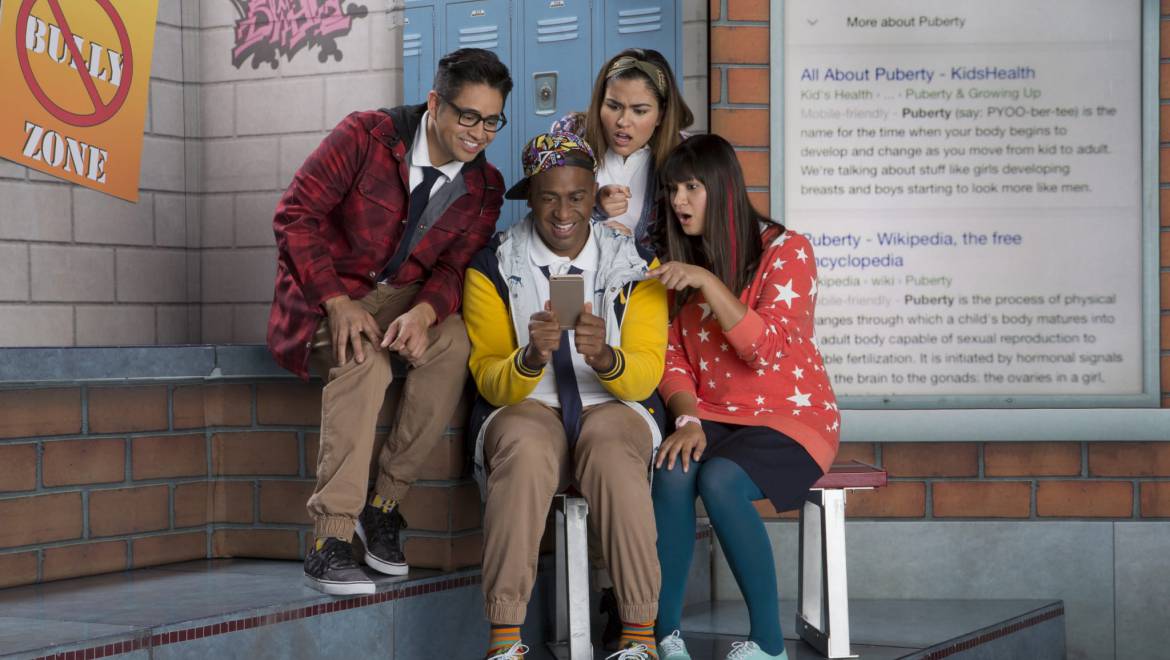 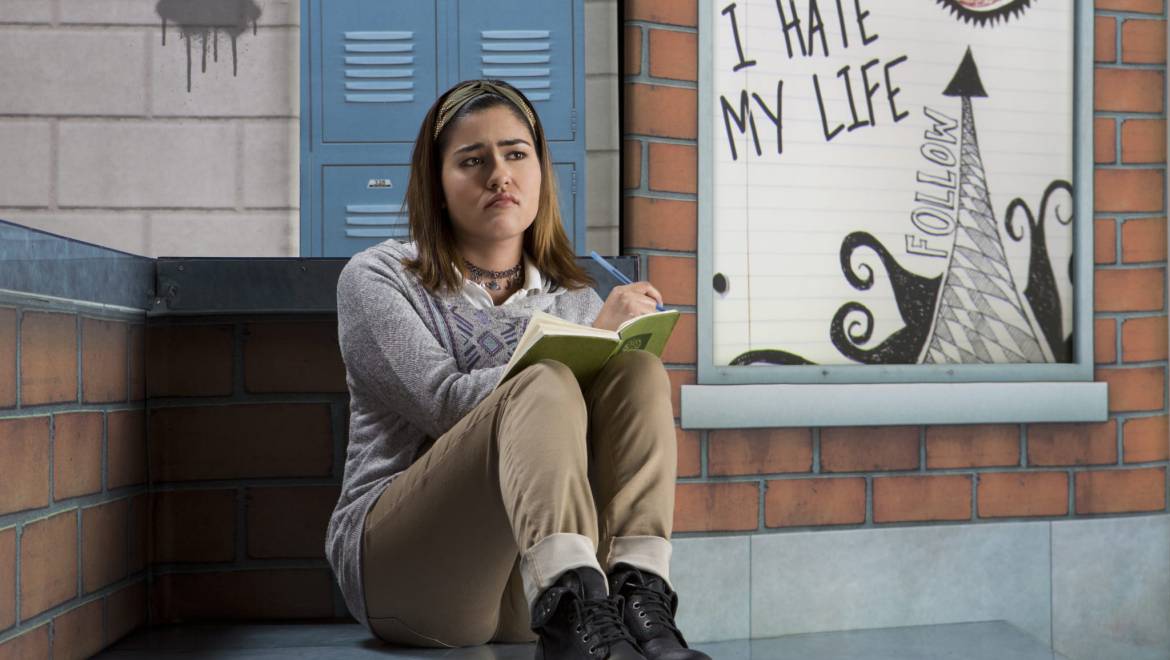 No one likes to be bullied.

So when Danielle learns one of her best friends, Gabriel, has stolen her journal, she becomes upset. A series of events soon unfolds, leading Danielle to seek help for her depression and suicidal thoughts.

Danielle is a fictional teenager in Kaiser Permanente’s Educational Theatre (ET) adolescent bullying awareness stage production, “Someone Like Me.” Unfortunately, Danielle’s experience of being bullied and the negative effects such behavior can potentially have on a victim’s mental health, physical health, and academic well-being is all too common in schools across the country.

“I love this program,” said Cecilia Ramirez, principal, Eastmont Intermediate School in Montebello, California, whose sixth- and eighth-grade classes watched the live performance on Oct. 20. “It addresses the difficult subject of bullying in a delicate and productive way.”

Studies show bullying continues to be a serious, widespread problem.

“Someone Like Me” also addresses the issue of relational bullying, such as gossip, rumors, and cyber bullying.

“With the increase in social media, bullying has become worse,” said Maximillian Mastranglo, supervisor, “Someone Like Me.” “It doesn’t stop at school – it’s 24/7.”

Since 1986, Kaiser Permanente’s award-winning Educational Theatre offers various productions at no charge that inspire children, teens, and adults throughout Southern California to make informed decisions about their health and build stronger communities.

“Someone Like Me” is designed as a springboard for discussions between students, teachers, parents, and other trusted adults. It also models ways for students to reach out for help for themselves or their friends if needed.

At the end of each presentation, the professional actor-educators are trained to talk one-on-one with the middle-schoolers. Student disclosures regarding abuse, bullying, depression, or threats to themselves or others are referred to as “red lights.” These at-risk youths are bridged to the principal, counselor, or other school personnel for further follow-up. In addition, all students receive a list of health-related resources should they need it for themselves or a friend.

“It feels great to make a difference in the community, especially on the days when we identify a red light and get that student help,” said Daniel Reano-Koven, who plays Gabriel.

Every year, ET performs “Someone Like Me” for about 65,000 to 70,000 students at selected schools throughout Southern California. During the past school year, the number of red lights for this production has more than doubled, from 126 in 2015-2016 to 266 in 2016-2017, said Jennifer Lounibos, manager, booking and communications.

“Multiple factors most likely have influenced the surge in red lights, including increased stressors in the environment,” said Gerry Farrell, director, Educational Theatre.

“Even though we’re adults portraying middle-school students, the students can identify with the characters we’re portraying on stage so it’s easier for them to talk to us,” said Jacque Herman, who plays Jacob.

“We used to have lot of incidents at school, almost daily,” said Mario Guillen, an Eastmont counselor, referring to when ET began performing “Someone Like Me’ at the school five years ago. “This show has made a difference in helping us to significantly decrease bullying and the number of incidents.”

Many students agree the production is making a positive impact.

“’Someone Like Me’ demonstrates the real issues kids go through at school,” said Adamary Rodriguez, an Eastmont eighth-grader.

“And it talks about specific actions to take, like saying something if we see bullying happening to stop it,” added eighth-grader Jasmine Montes de Oca. “That’s important.”