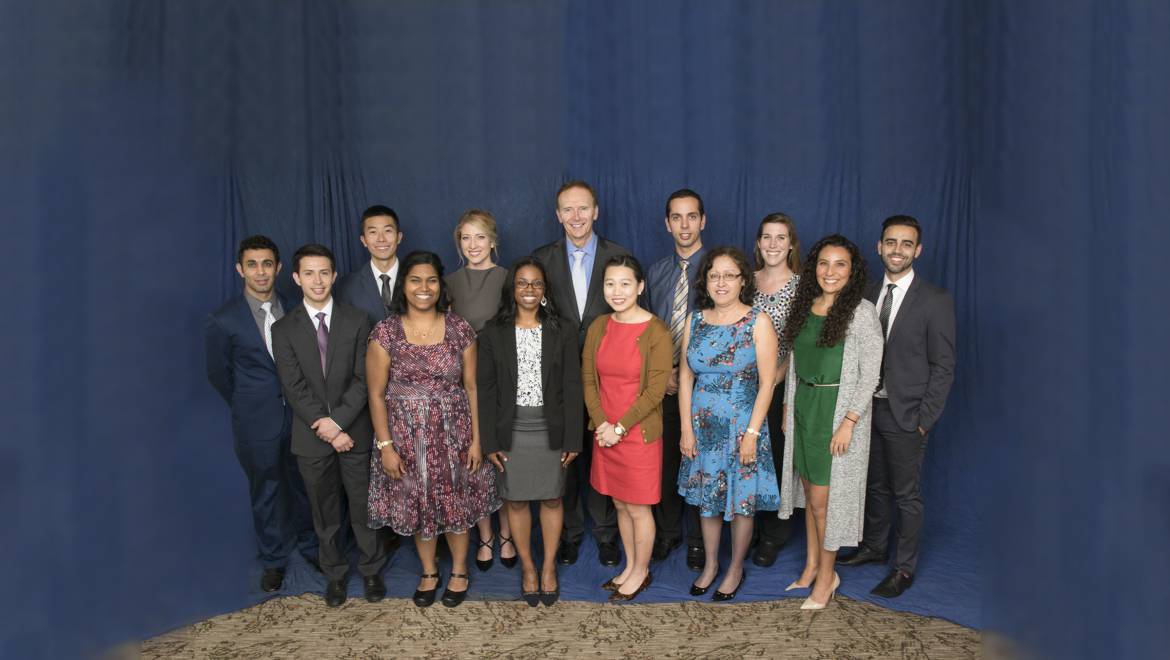 Outstanding Medical Students Tackle the Next Frontier in Medicine

"It will be physicians, like you, who will be the future of medicine, because eliminating disparities in health care represents the next frontier in medicine, as the U.S. population continues to become more diverse.” These were the opening remarks delivered by Edward Ellison, M.D., executive medical director, Southern California Permanente Medical Group, during the recent 2016 Oliver Goldsmith, M.D., Scholarship for the promotion and advancement of culturally responsive care.

Twelve outstanding medical students were honored at the awards ceremony in Pasadena, California, for their early commitment to reducing cultural and linguistic barriers to health care. From starting community based initiatives that focus on eliminating health disparities in homeless communities to advancing free health screening programs, the attendees were recognized for their dedication to promoting culturally competent clinical care, providing leadership for health delivery systems, and conducting research on health disparities – all while attending school full time.

The 2016 scholarship recipients are: 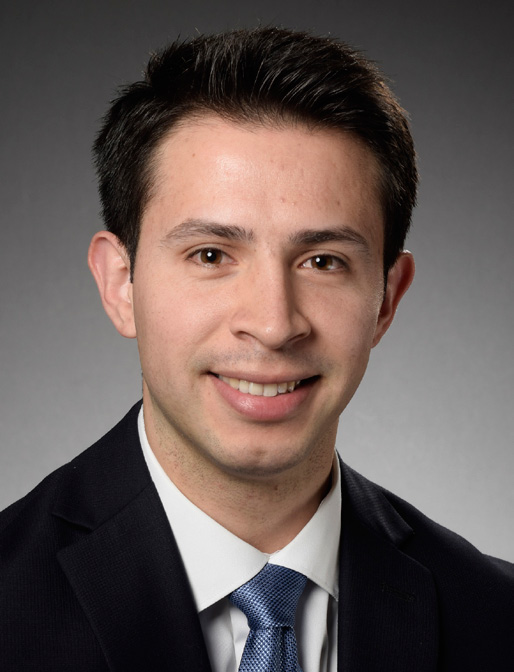 Jose Alonso
Jose Alonso is entering his fourth year at the Charles R. Drew University/David Geffen School of Medicine at the University of California, Los Angeles (UCLA). Alonso is fluent in Spanish and plans to specialize in head & neck surgery, looking forward to building a practice in which he can reduce health disparities, improve access to care, and improve the quality of life of one patient at a time.

Among his many achievements, Alonso has: 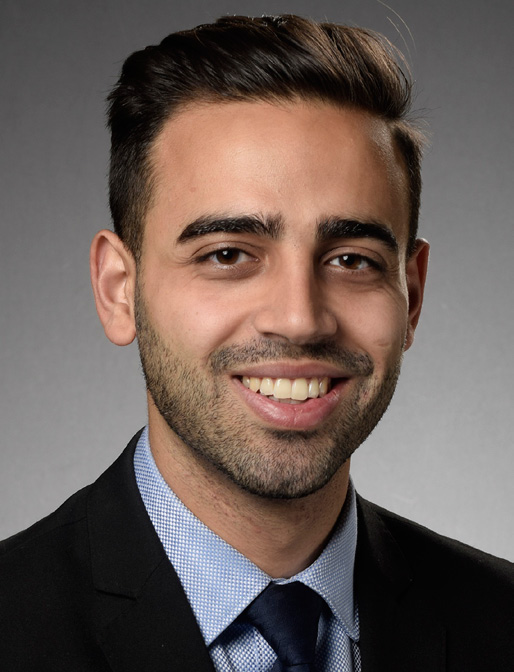 Kian Asanad
Kian Asanad is entering his third year at the UCLA David Geffen School of Medicine. Asanad, who is fluent in Persian, was inspired to pursue medicine at the age of 14 when his parents depended on him to navigate through the health care system and communicate with the medical team treating his father. Asanad is interested in family medicine, but also excited to explore other specialties during his third year.

Among his many achievements, Asanad has: 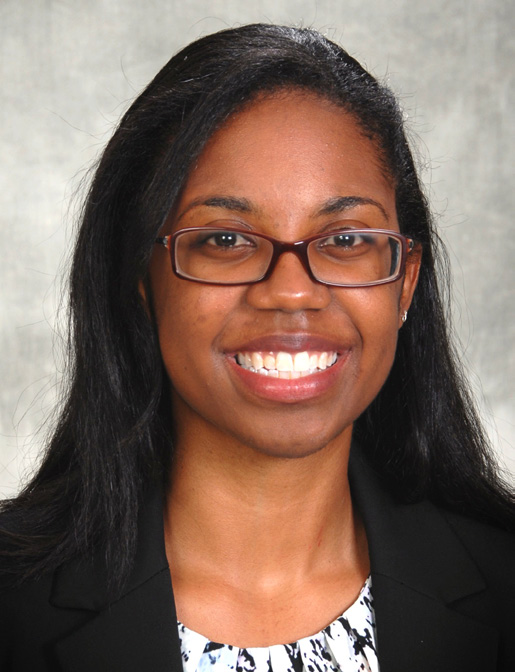 Bianca Carson
Bianca Carson is entering her fourth year at Howard University College of Medicine in Washington D.C., and plans to specialize in physical medicine and rehabilitation. Carson has experience providing services to the socially and economically disadvantaged, seeing firsthand the complexity that patients and providers face while managing multiple medical issues and chronic diseases. As a physician, she looks forward to building on those experiences and being able to provide culturally responsive care through understanding each patient’s individual needs and background.

Among her numerous achievements, Carson has: 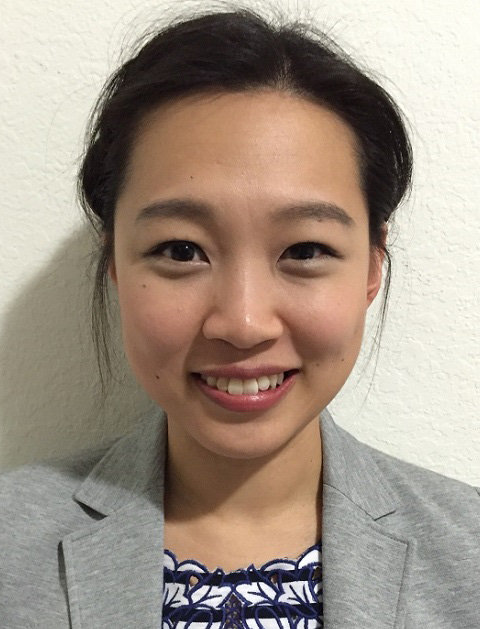 Sara Kim
Kim is entering her fourth year at the Herbert Wertheim College of Medicine at Florida International University. Kim plans to specialize in pediatrics and looks forward to using her leadership and community health experience to working with diverse populations and care for young patients and their families.

Among her numerous achievements, Kim has: 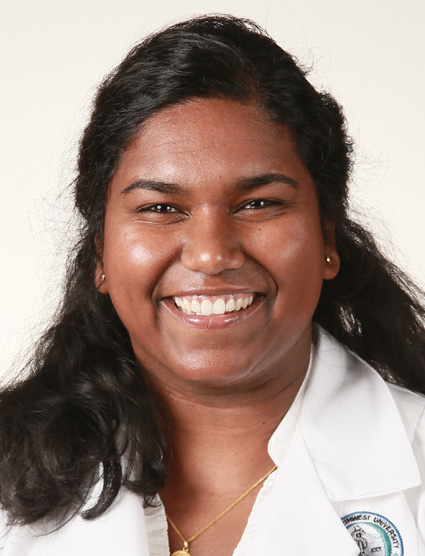 Priya Panneerselvam
Priya Panneerselvam is entering her fourth year at Pacific Northwest University of Health Sciences, and plans to specialize in obstetrics and gynecology. During her undergraduate years, Panneerselvam volunteered as a chronic disease counselor at a free clinic in Sacramento where she discovered that she needed to use a culturally responsive approach to better help patients manage their conditions.

Among her many achievements, Panneerselvam has: 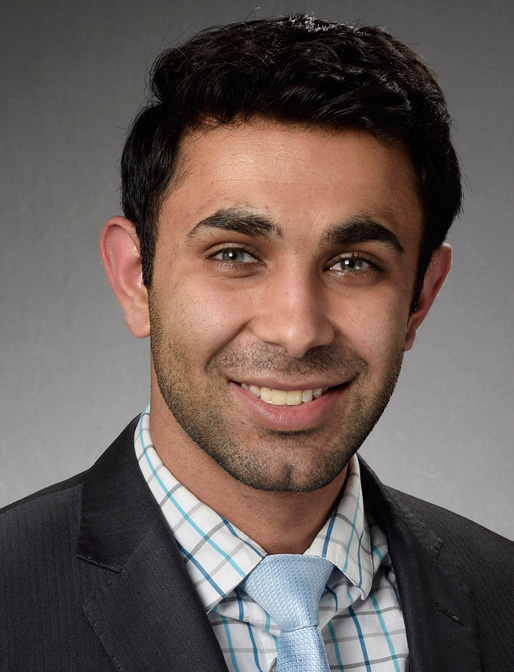 Vineet Sharma
Vineet Sharma is entering his fourth year at Wayne State University School of Medicine. Sharma is fluent in Hindi and plans to specialize in family medicine or emergency medicine. Witnessing his parents’ struggle with their health helped Sharma understand that medicine involves more than just science; it requires a cultural and social understanding to truly care for patients. Sharma’s goal as a physician is to reduce health care disparities and inspire others around him to work together towards advancing medical care for underserved patients.

Among his numerous accomplishments, Sharma has: 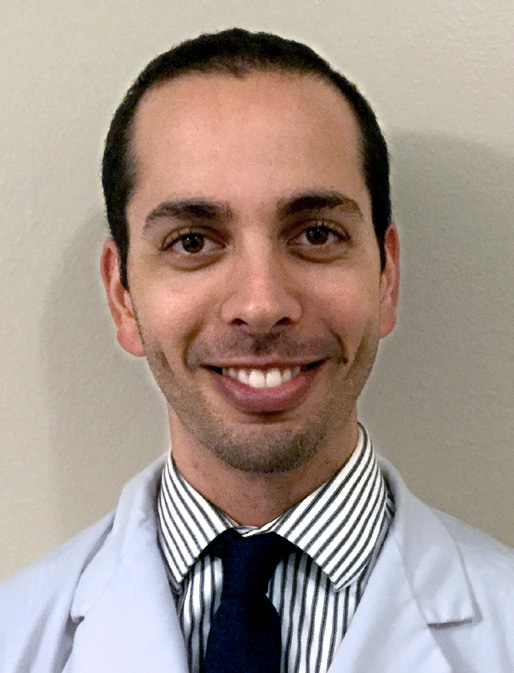 Shah Steiner
Shah Steiner is entering his third year at the University of California, Davis School of Medicine. Steiner is fluent in Farsi and plans to specialize in emergency medicine. As a physician, he looks forward to advancing culturally responsive care by applying his knowledge in public health to reduce health disparities and provide opportunities for people of all backgrounds to enter the health profession. 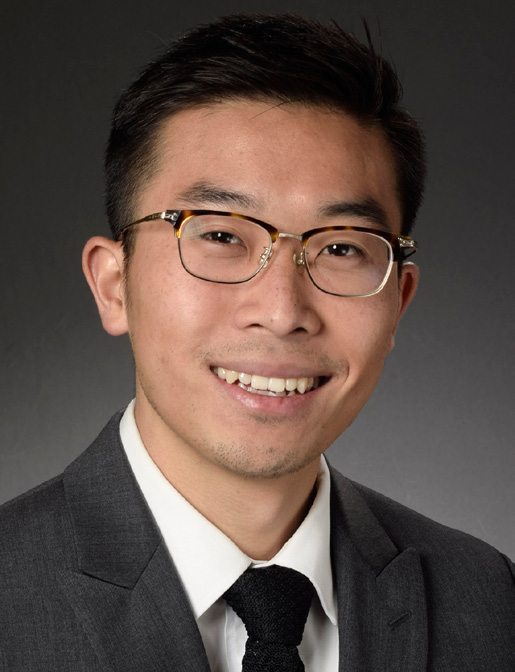 Eric Tam
Eric Tam is entering his third year at the David Geffen School of Medicine at UCLA. Tam is fluent in Cantonese, and plans to specialize in family medicine. Tam’s passion for medicine goes beyond science. He is committed to treating the individual as a whole and believes that understanding their unique background is crucial to providing culturally responsive care.

Among Tam’s many accomplishments, he has: 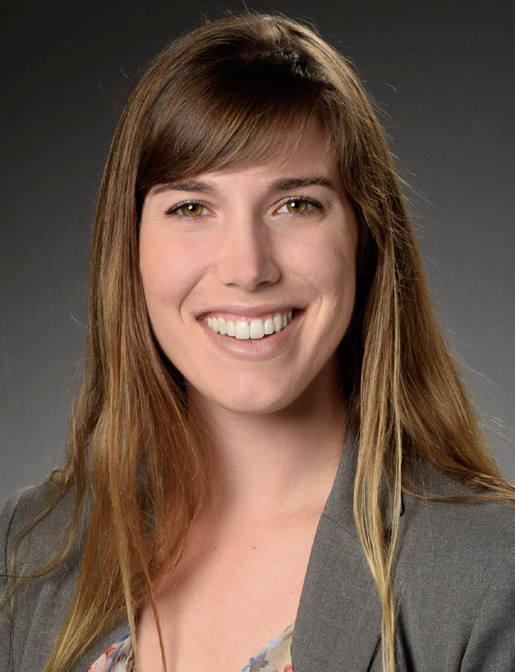 Allison Van Vooren
Allison Van Vooren is entering her third year at the UCLA School of Medicine PRIME Program. Van Vooren is fluent in Spanish, and plans to specialize in family medicine. Her interest in culturally responsive care blossomed while volunteering as a Spanish translator at the UCSD Student-Run Free Clinic. Working closely with underserved patients at the clinic opened her eyes to significant barriers to health that many patients endure. Seeing physicians treat patients with dignity and kindness showed Van Vooren that these barriers can be addressed and eradicated with the proper care and attention.

Some of her accomplishments include: 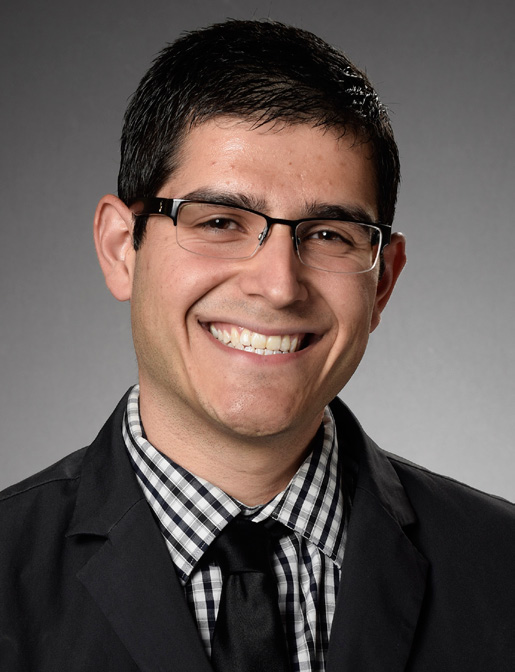 Viramontes was born in Zacatecas, Mexico, and raised in the San Joaquin Valley in California. At an early age, Viramontes and his family lost their home and possessions in a fire. Not long after the fire, Viramontes’ mother was in a severe accident. The suboptimal medical attention his mother received resulted in Viramontes’ determination to become a physician who could provide high-quality, culturally responsive care.

This past summer, Viramontes participated in the Family Medicine Research Fellowship. One of his projects was to conduct a peer review describing the challenges and success of enrolling patients in an Affordable Care Act setting at a community health center that serves low-income adults and children in East Los Angeles. 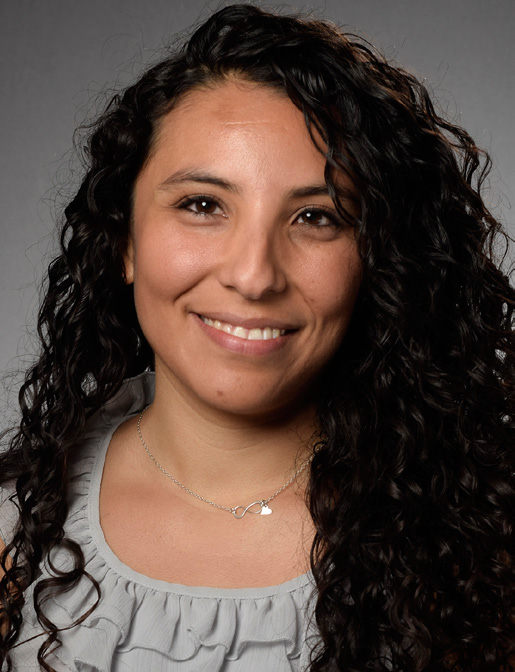 Lizett Wilkens y Martinez
Lizett Wilkins y Martinez is entering her third year at the UCSD School of Medicine. Martinez is fluent in Spanish, and is deciding between specializing in either anesthesia, family medicine, or radiology. As a future physician, Martinez wants to be a leader and advocate for underserved communities, providing culturally responsive care and working towards health equality for all patients. 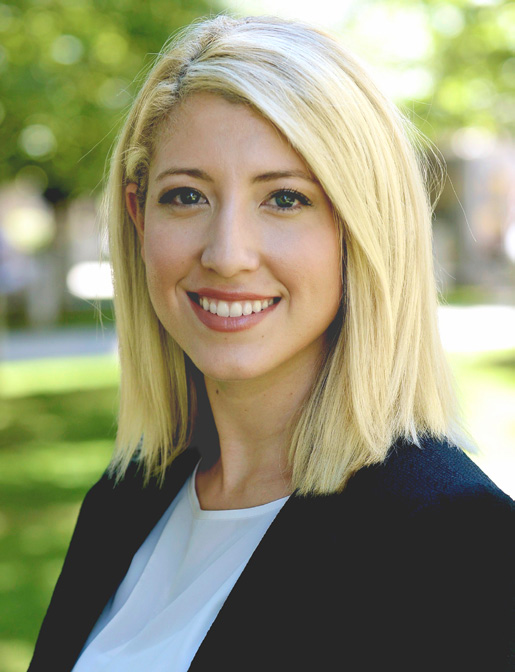 Steffanie Wright
Steffanie Wright has completed her third year of medical school at the David Geffen School of Medicine at the UCLA School of Medicine PRIME Program. Wright is fluent in Spanish, and plans to specialize in Family Medicine. She is also pursuing a master’s in Public Health at Tulane University in New Orleans to make a meaningful difference in medicine, public health, and global health, particularly in underserved communities.

Among her many accomplishments, she has: