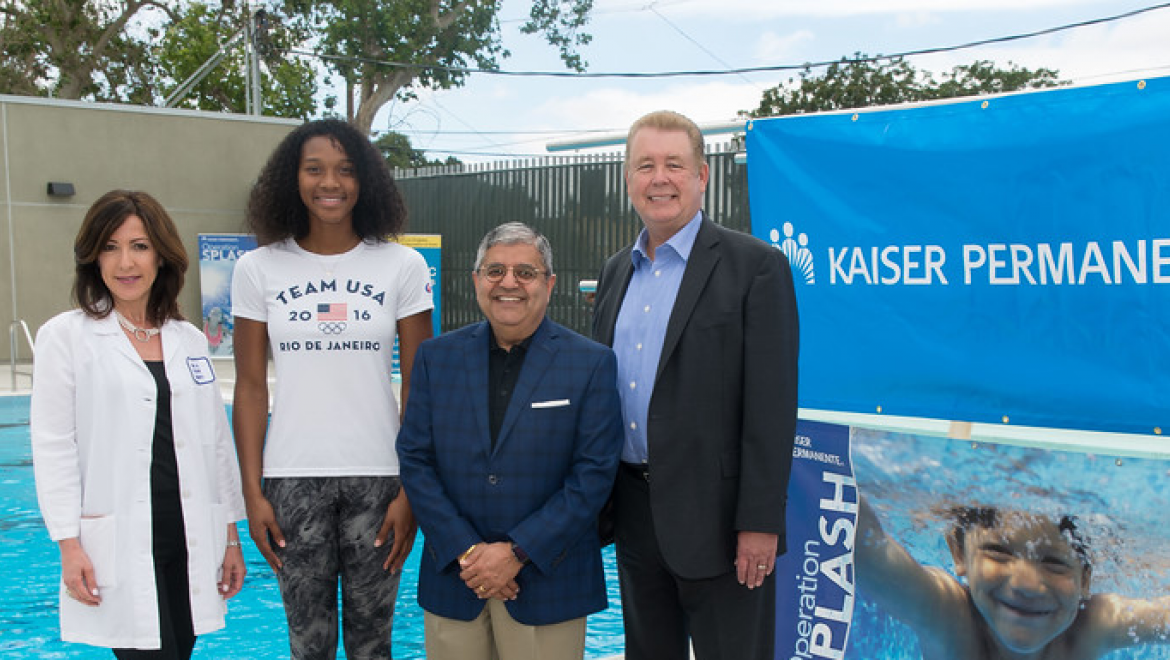 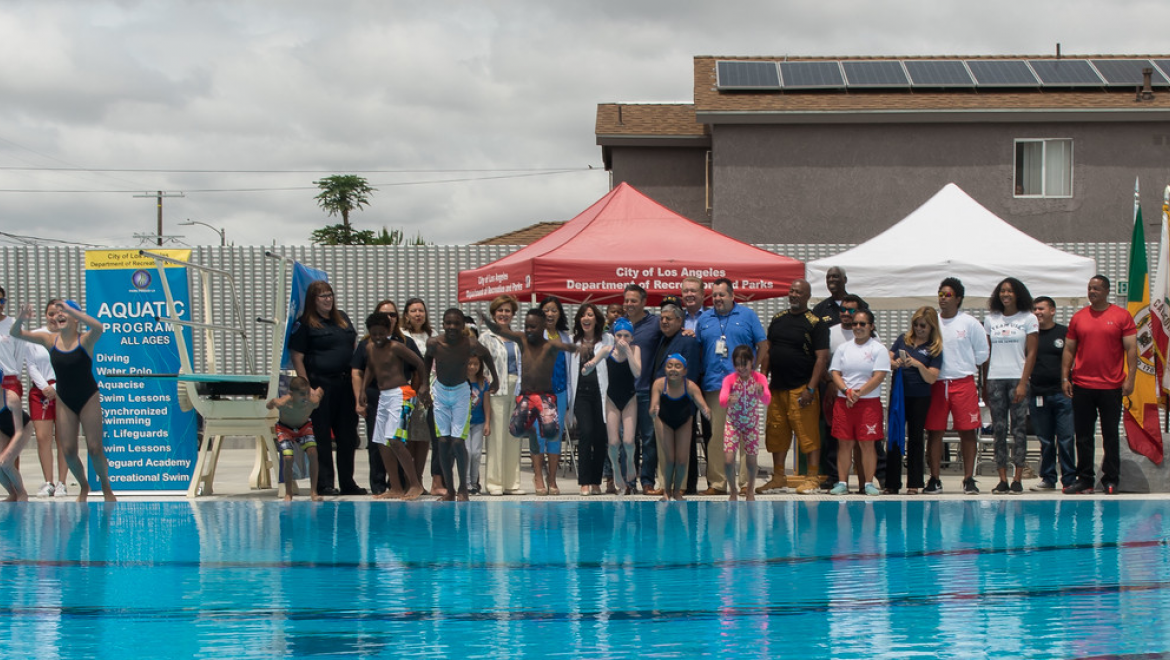 When Jahmea Bent was 10 years old, learning to swim at a Los Angeles city pool opened an exciting new world for her.

When Jahmea Bent was 10 years old, learning to swim at a Los Angeles city pool opened an exciting new world for her.

She began going to the gym with her mother, and eventually became a junior lifeguard and water polo goalie. Her increased self-confidence inspired her to play more team sports and improve her skills.

“My mom, who has always been a great role model for me, would say if you’re interested in something, just go for it!” said Bent to a crowd of eager children at 109th Street Pool in Watts during the June 10 launch of Operation Splash, a Kaiser Permanente program that teaches children and adults in low-income areas to swim. This year’s theme revolved around young women’s athletics and water polo, a sport traditionally played by men.

Now an assistant coach for the Los Angeles Center for Enriched Studies (LACES) girls water polo team, Bent is a role model for other girl athletes aspiring to be their best. In the fall, she plans to try out for the University of California, Los Angeles women’s water polo team. Her friends even say she could be the next Team USA goalie Ashleigh Johnson.

“So don’t let society or anyone tell you you’re not strong enough, fast enough, or pretty enough – just do it and prove them wrong,” said Bent.

Kaiser Permanente awarded a two-year, $408,000 grant to the City of Los Angeles Department of Recreation and Parks Aquatics Division through its long-running Operation Splash program. Now in its 12th year, Kaiser Permanente’s grant will underwrite swim lessons for about 12,000 children, teenagers and adults; provide junior lifeguard scholarships for 1,560 youth; and increase participation in the Rethink Your Drink Campaign, which raises awareness about the unhealthy impacts of sugary beverages and the benefits of drinking water.

Swim lessons will take place each year at 36 pools in Los Angeles and junior lifeguard lessons will be offered at 48 sites.

“The Department of Recreation and Parks is committed to providing accessible programs and opportunities for young girls to learn about sports and participate,” said Michael Shull, general manager, Department of Recreation and Parks. “For years, Operation Splash and the LA84 Foundation have been providing grant funding and scholarships for swim lessons and junior lifeguard training for thousands of youth and families that we service throughout Los Angeles. We are excited to kick off this program in South Los Angeles and raise awareness about swimming and water sports in this community.”

Linda Mirdamadi, MD, internist, Department of Bariatrics, Kaiser Permanente West Los Angeles Medical Center, emphasized the importance for young women to have role models such as Bent and others, and to become involved in sports at an early age.

“As a physician and the mother of two teenage daughters, I can tell you that being physically active allows young women to not only build muscles, but also self-esteem,” said Mirdamadi. “And we as parents can motivate our girls to be active – go biking with her, take her swimming.”