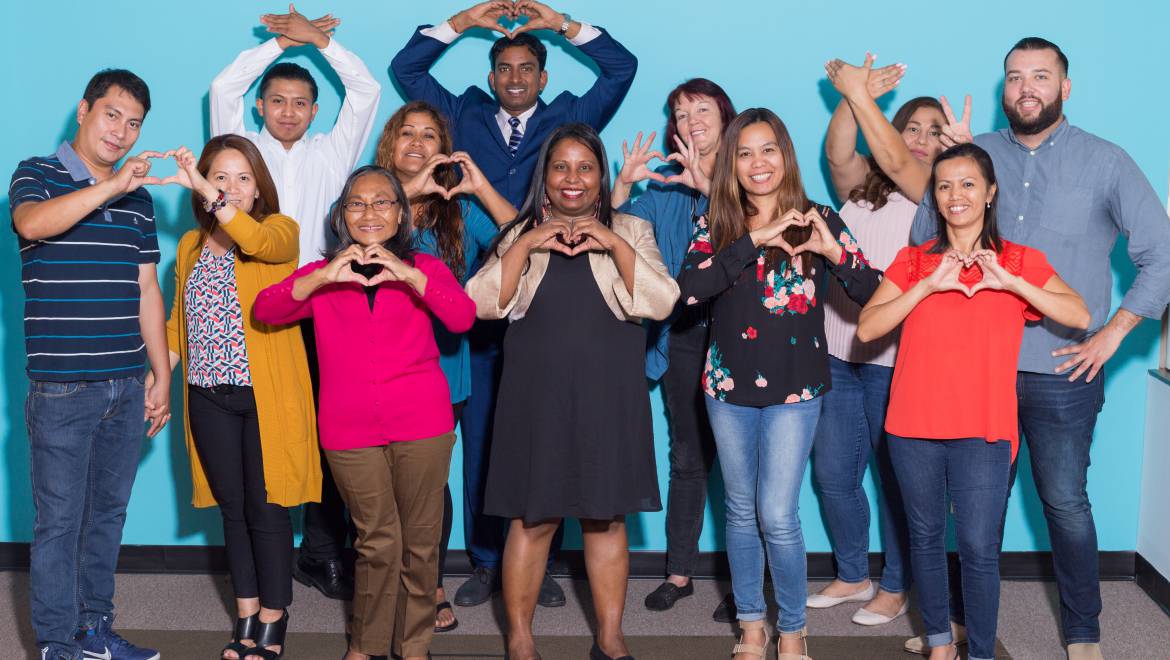 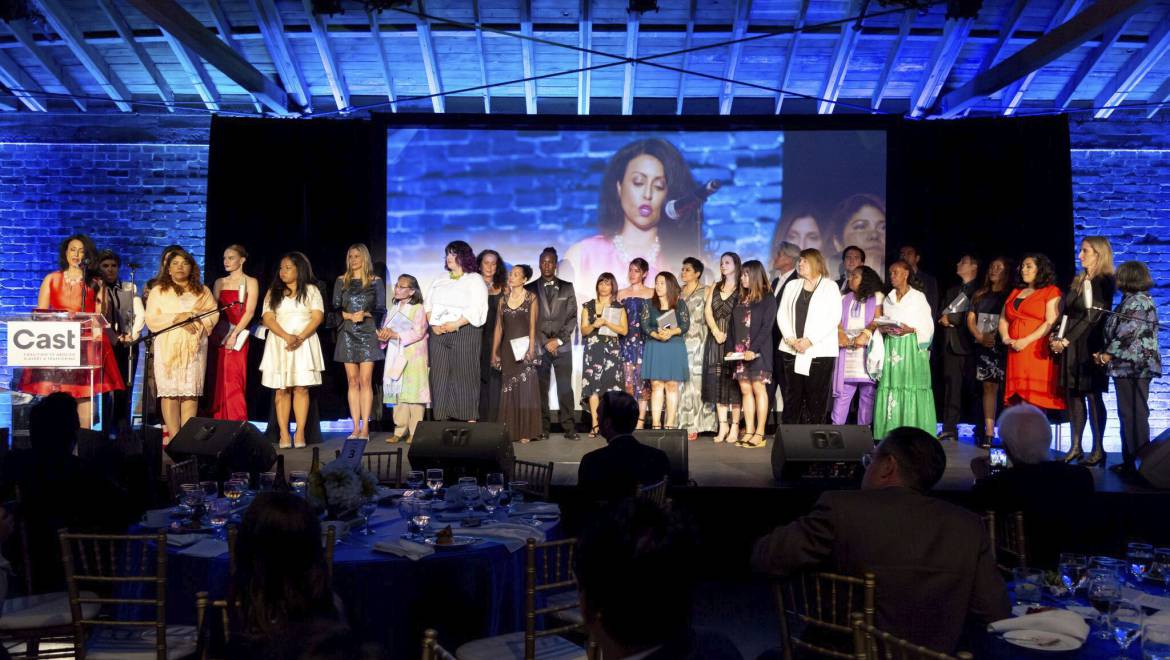 CAST recognized 20 honorees at its 20th anniversary gala representing local government, the entertainment industry, and the community, including CAST survivors and staff. 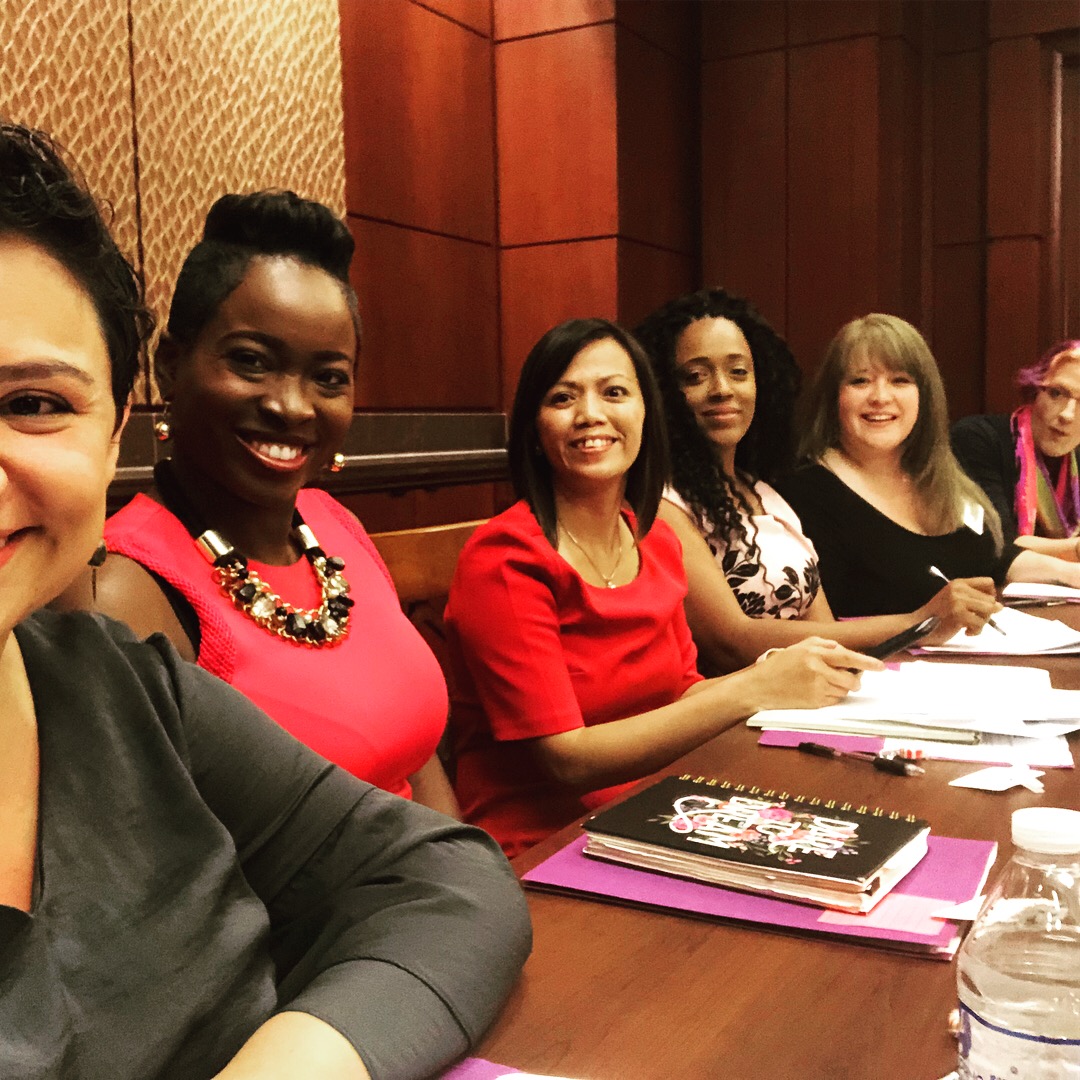 At age 17, Ima Matul left her native Indonesia for a job offer as a nanny in the United States. A labor recruiter promised her a $150 monthly salary, along with a passport, visa, and airfare. The meager pay was more than Matul could make in Indonesia. But what seemed like an opportunity for a better life quickly became a nightmare.

When Matul arrived in Los Angeles, the recruiter turned out to be a human trafficker. Matul had her passport taken from her and spent the next 3 years in domestic servitude. She suffered daily physical and verbal abuse by the homeowner who supposedly hired her, as well as threats of what might happen to her if she left. Although Matul was expected to cook, clean, and care for the children, “I never got a dime, and wasn’t allowed to talk to anyone. The house became my prison.”

When Matul “couldn’t take it anymore,” she sought help from a nanny next door and escaped her trafficker. Homeless with no money, she found compassion, shelter, and support at the Coalition to Abolish Slavery and Trafficking. Also known as CAST, the Los Angeles-based nonprofit is the nation’s largest provider of comprehensive, life-changing, no-cost services for hundreds of trafficking victims each year, and an advocate for innovative policy and legislative changes. A pioneer in the anti-trafficking movement, the organization serves survivors of all types of trafficking in Los Angeles County, including both sex and labor trafficking.

“Once free from my trafficker, I needed a place to live and a job,” Matul said. “Mostly, I needed to heal. CAST helped me rebuild my health – and my life.”

‘Right in our own backyards’

More than 10,000 men, women, and children throughout Los Angeles County are estimated to be held against their will and forced or coerced into trafficking, according to the Center for Public Policy. Los Angeles – a top U.S. port of entry with a significant immigrant population – is a major hot spot for human trafficking. Although human trafficking is widespread nationwide and around the world, this form of modern-day slavery often goes unnoticed. From the man who washes dishes at a favorite restaurant, to the masseuse down the street, “Trafficking victims are often right in our own backyards,” Matul said.

CAST coordinates a continuum of compassionate, whole-person care to help these victims access the care they need to recover and thrive for a lifetime. Integrated services range from medical, mental health, and dental, to housing, legal, education, and leadership training. CAST also offers access to healing arts such as yoga, meditation, and acupuncture, along with workshops on nutrition, exercise, financial planning, and other life skills.

“We’re creating a community of self-care, where survivors feel empowered to take charge of their own health and lives. The people who come to us after they escape their trafficker have experienced a lot of trauma. Many have lost hope or trust in others. We take a complex trauma treatment approach that considers the total person – mind, body, and spirit – to help them heal and integrate back into society as healthy community members.”

Kaiser Permanente Southern California has partnered with CAST over the past decade to help the nonprofit enhance its services. Most recently, KPSC approved a $150,000, 2-year grant in 2018 to help boost CAST’s efforts to:

“Through our partnership with Kaiser Permanente, we can provide training of health care practitioners to identify survivors when they see them, as well as ensure survivors receive the best care possible,” Buck said.

CAST’s leadership model encourages survivors to collaborate with CAST and their more than 3,000 community partners to help eradicate human trafficking, and for peer-to-peer mentorship and survivor-led advocacy. Since Matul escaped her trafficker nearly 20 years ago, she has become a strong figure and voice for survivors. She helped establish the National Survivor Network – a platform for survivor leaders to make change at the local, state, and national level – and is the Survivor Leadership Program manager at CAST.

In 2012, President Barack Obama recognized Matul in his remarks on human trafficking at the Clinton Global Initiative meeting. And in 2016, Matul received a standing ovation when staff for presidential nominee Hillary Clinton invited her to speak at the Democratic National Convention.

“I want my story to inspire hope and healing for other survivors,” Matul said. “Until we have wellness, we are never truly ‘free’ from our trafficker.”

Check out this short video for more comments from Kay Buck and Ima Matul at the Coalition to Abolish Slavery and Trafficking.

Visit https://community.kp.org to learn more about Kaiser Permanente’s work in the community.