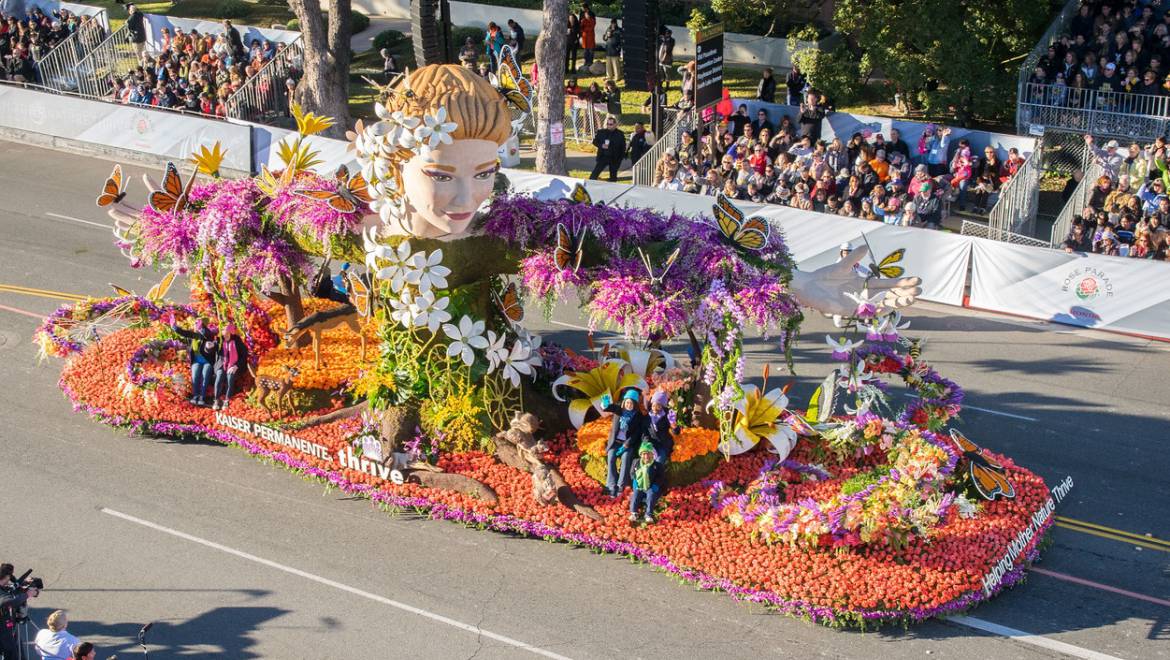 Kaiser Permanente’s 2016 Rose Parade® float, “Helping Mother Nature Thrive,” celebrates the work and dedication of the people who are actively working to build healthier communities—a theme that is central to Kaiser Permanente’s mission. To recognize their efforts, this year’s float riders consist of nine individuals who are not only cultivating and improving the health and quality of life in their communities, but are also doing their part to help build an environment where good health can flourish. Each float rider has participated in and benefited from various Kaiser Permanente Community Benefit programs. Through Healthy Eating Active Living (HEAL) zones, scholarship opportunities and the Summer Youth Employment Program, they continue to promote healthy communities and partner with other nonprofit organizations to increase access, share knowledge and create environments that empower better health. Please scroll down to read their stories. 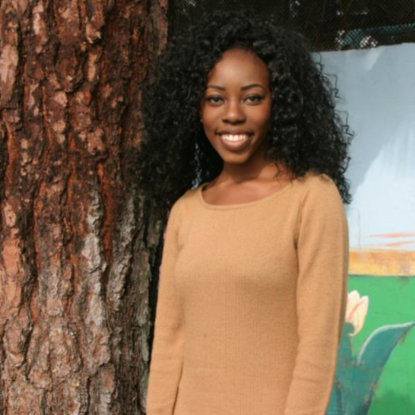 Born in Nigeria, raised in Southern California, Opemipo ‘Ope’ Akerele aspires to make health advocacy and humanitarianism her life’s mission! Ope is a 2014 Kaiser Permanente Watts Counseling and Learning Center Bill Coggins Community Leadership Scholarship recipient, and is currently a sophomore at Stanford University, where she serves as president of Stanford’s African Student Association (SASA) and Afrobeats African dance team.  As a health advocate in the Stanford Emergency Department, Ope screens patients for social and legal needs and works to connect these patients with community resources, social workers, and lawyers to help them obtain the assistance they need to be healthy. As a health educator at Pacific Free Clinic, she works one-on-one with low-income, uninsured patients to develop personalized, culturally sensitive diet and exercise plans for healthy living and chronic disease prevention and management.  In the future, as a surgeon, Ope hopes to further improve access to quality healthcare in impoverished areas both locally and globally. 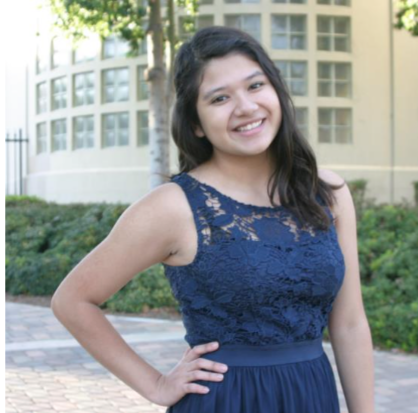 At just 16 years of age, Analaura Amezquita has set a long list of goals!  She plans on attending Stanford University, becoming a psychologist, finding the cure for Alzheimer’s and winning a Nobel Prize.  In the meantime, the Whittier High School sophomore with a 4.7 GPA is working tirelessly to create a healthy and more active Whittier.  As a member of Activate Whittier’s Healthy Picks program, she’s working with corner stores owners and encouraging them to offer better food choices for families. Amezquita also serves as the health chair on the school’s Parent Teacher Student Association (PTSA).  Her dedication and community activism has even garnered her a letter of recognition from First Lady, Michelle Obama. 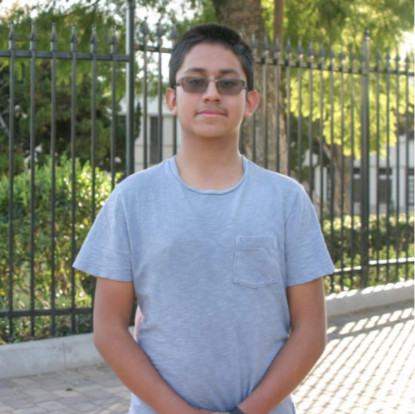 Josue Balderas Jr, was an 8th grader when he and his family began supporting Activate Whittier, a Kaiser Permanente Healthy Eating Active Living (HEAL) grantee.  Now, a sophomore at Whittier High School, this 15 year is on a mission to improve the health and wellness of those living, working, learning and playing in his community.  Balderas is one of the founding students of Project W, a student-run club on campus dedicated to making the environment healthier.  He’s also a member of Activate Whittier’s Healthy Picks store labeling program and was instrumental in organizing and promoting Whittier City School District's first Walk to School Day. 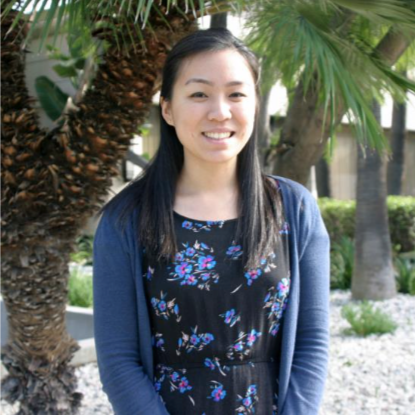 Mindy Chin, a nursing student at UC Irvine, has been influenced by the relationships she sees nurses are able to form with their patients. That’s why she’s now eager to finish her RN/BSN degree and become a pediatric nurse. Currently, Chin is working as part of a research team providing support to elementary aged school children and their parents at a charter school in Santa Ana. The program is designed to assist these students and their families with developing healthy coping mechanisms to manage the stress associated with environmental and social barriers they may face. Chin, who is originally from the Bay Area, is passionate about becoming an excellent nurse whose patients’ physical, emotional, and psychological needs are met. It was Chin’s commitment to creating healthy interventions in her local community that earned her The Kaiser Permanente Deloras Jones RN Academic Excellence Scholarship. 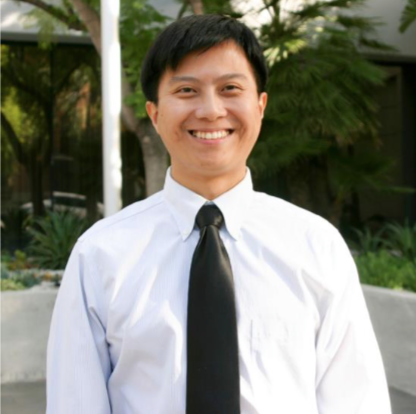 Freddy Chung was born and raised in Indonesia and experienced the tribulations of a health care system where care was not easily accessed. When he and his family moved to Los Angeles, California, he knew that he wanted to be active in making sure that health care resources were accessible for those in his community. He became increasingly sensitive to the needs of the elderly, especially when it comes to controlling blood pressure and staying active. Chung believes that Tai-Chi can bring back humanity's natural components --- body, mind and spirit --- to a state of complete harmony, thus creating healthier individuals and, in turn, healthier communities. He teaches a Tai-Chi class, open to the public, for adults and the elderly at his local church. Upon completion of his nursing degree, he hopes to become a family nurse practitioner where he can combine a holistic nursing practice with Tai-Chi exercise. In the immediate future he hopes to begin offering free blood pressure screenings at his Tai Chi classes. 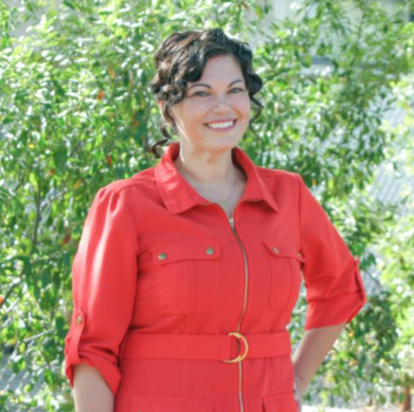 As a young girl, Adrienne Martinez-Hollingsworth accompanied her mother during the holiday season as she painted business signs and holiday greetings on store windows throughout Los Angeles. Later, she would go on to serve as a lead artist, working with communities to prevent school vandalism and graffiti. A native Angeleno, Martinez-Hollingsworth has drawn on experiences such as these as part of her efforts to make a positive impact on the health of her community. Currently a second year doctoral candidate at UCLA, she’s studying how public art can aid in starting conversations about making healthy changes in Mexican-American communities. Murals and other forms of public art have been a driving force to inform how Martinez-Hollingsworth approaches her work as a nurse working in public health. She recently chose to focus her clinical and outreach efforts to help communities thrive through the use of murals to influence elder Latinas with Type 2 Diabetes to engage in physical activity. 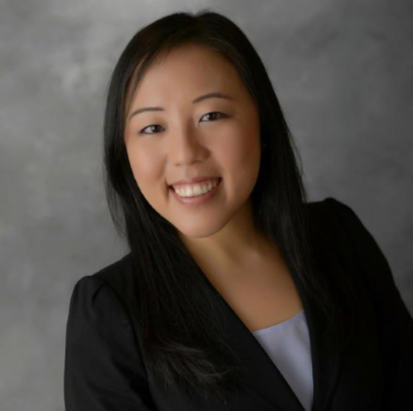 As a recipient of the Oliver Goldsmith, MD Scholarship for the Promotion and Advancement of Culturally Responsive Care, Romina Kim has been recognized by her peers and those in health care for her dedication to understanding the health needs of the communities she serves. Kim, whose family currently resides in Southern California, grew up in Argentina as the daughter of Korean immigrants. These unique circumstances made it difficult for Kim and her family to assimilate and contributed to cultural and language barriers in seeking medical care. This proved as a point of inspiration for Kim, now a pediatric resident.  She currently serves as a volunteer coordinator at a large free clinic and is chapter president of the Latino Medical Student Association. Fluent in Korean, English, and Spanish, Kim is sensitive to the cultural and language needs of many communities. She represents a future group of physicians focused on delivering culturally responsive care to help all communities thrive. 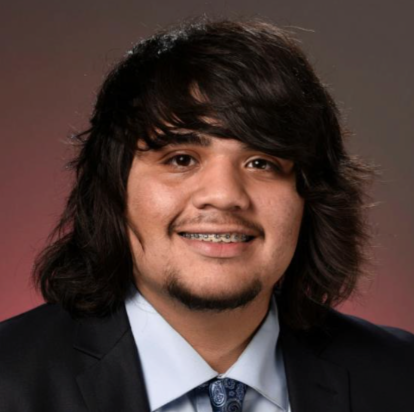 At 98th and Wall Street in Watts, Los Angeles, California, Daniel Moreno was faced with the task of clearing hundreds of pounds of trash and debris in an abandoned alley. At the time, Moreno was a student at Alliance Judy Ivie Burton Technology High School and was volunteering his time with the Los Angeles Anti-Eviction Campaign. Throughout the project, Moreno would come to learn even more about the community he grew up in, the need for safe, green spaces in the area, and about himself as a community advocate.  Moreno and the group of ten other youths he had recruited to support the project had a vision for a community park where neighbors could purchase fresh foods, kids could have a safe place to play, and artists could capture the voice of their community in a productive space. Months later, Moreno and his peers have seen their dreams come to life as garden beds have been installed and support for the park in the surrounding area has increased. Now, Moreno is in the process of completing his first semester as a student at the University of California, Berkeley and continues to show a passion for helping communities thrive and advocating for those whose voices go unheard. 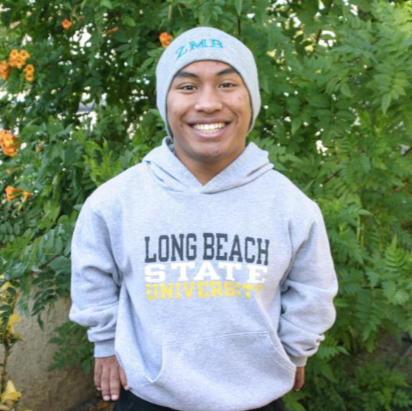 Kenny Phin does not define himself as a “little person,” and he hasn't let the challenges he has encountered throughout his school years discourage him or sidetrack his personal goals for the future. Now a freshman at Cal State University, Long Beach, pursuing a degree in Health Care Administration, he has demonstrated that with perseverance, passion, goal-setting and hard work, many obstacles can be overcome and dreams can be attained.  Among his many accomplishments, Phin is an Eagle Scout, a championship high school wrestler, an inspirational speaker, a poet, a break dancer and a mentor. He’s also a former Kaiser Permanente Summer Youth Employment Program intern, determined to pursue a career in health with the hopes of helping others.

Click here to read more about Kenny: "Summer Program Provides a Lifeline for One Student"