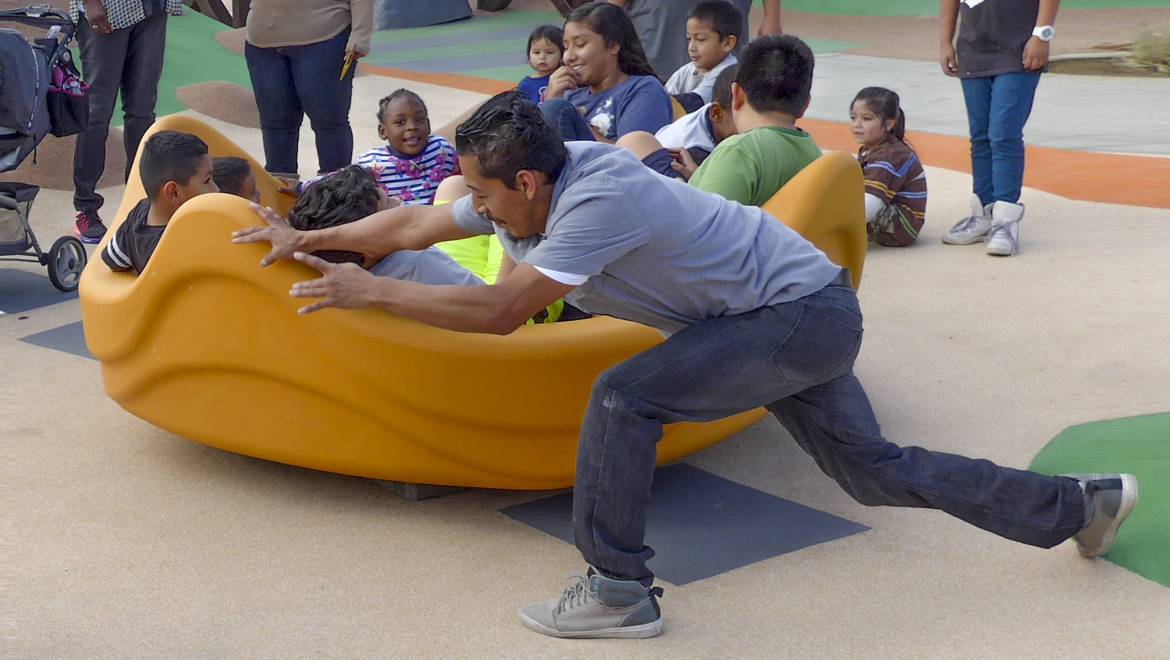 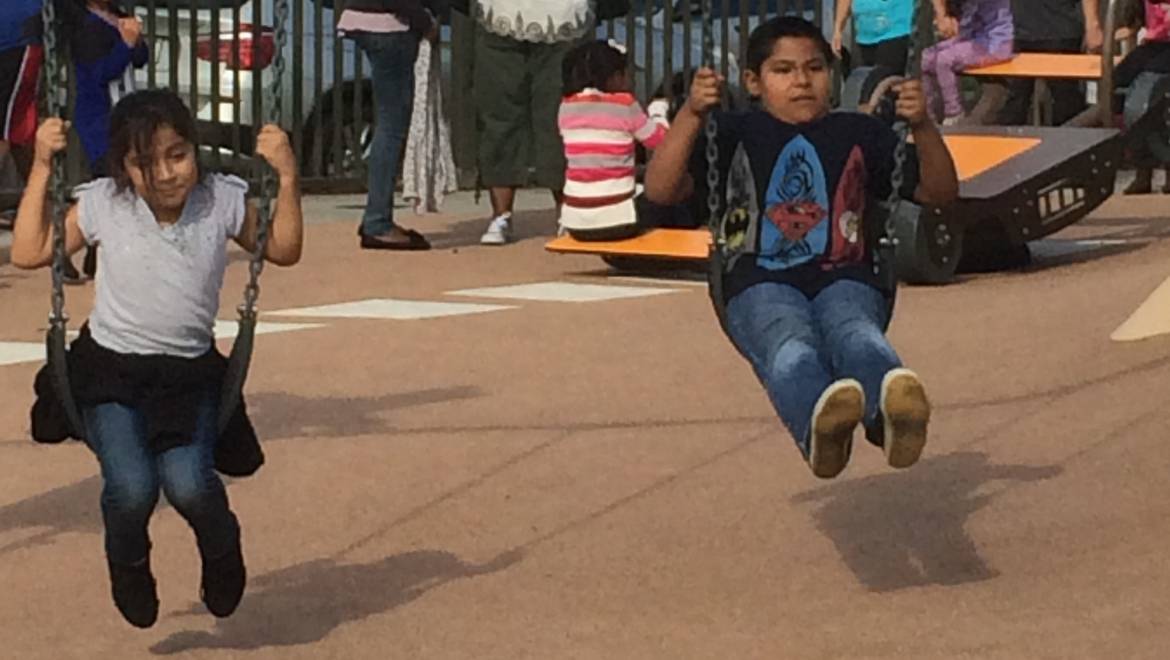 Gleaming, new Serenity Park opens in the heart of Watts.

Four decades, two generations, a galvanized community, and one determined ex-gang member. That’s what it took to turn a trash-strewn, criminal hangout into the gleaming, new Serenity Park, which just opened in the heart of Watts.

It’s no wonder, then, that a few tears were shed as skateboards clattered and swings soared during the recent ribbon-cutting. Some of them were surely shed by Ronald “Kartoon” Antwine, who has lived across from the overgrown vacant lot for 42 of his 54 years. After decades of high hopes and hard work, Ronald was finally seeing his dream of a public park come to fruition. Looking out over see-saws, monkey bars, and newly-planted trees, he exclaimed, “We have a safe-haven for kids. We have greenery – which produces oxygen – which brings a sense of peace. We have prevailed.”

But it wasn’t only Ronald’s dream, nor did he set out to be the community leader who helped realize it. When he was just a boy, Ronald’s mother started down the long road that led to Serenity Park. The weeds in the Monitor Avenue lot grew taller than Ronald did (an imposing 6’4”), and became the dangerous dividing ground between rival gangs. While neglectful property owners offered little help, she feared for her children’s safety.

She had good cause. Sadly, Ronald fell prey to a life of gangs and drugs. But as he describes it, “I got a second chance at life.”

Still, he never expected to rally hundreds of neighbors to take action, speak at City Hall, or become a pillar of the community. But those are the turns his life took, when, as he says, “I learned to stop fighting with fists, and starting fighting with an ink pen.”  When his mother passed away and he inherited the family home, he assumed her battle to create a safer, healthier neighborhood with renewed passion.

With funding from Kaiser Permanente Southern California and the Trust for Public Land, the years of effort culminated in the park’s January 31st opening. Called Monitor Park during construction, the City of Los Angeles Department of Parks and Recreation officially dubbed it Watts Serenity Park. Given its history, “Persistence Park” might also be an apt designation.

Angela Coron, Kaiser Permanente Southern California Community Benefit managing director, was on hand to celebrate. “Kaiser Permanente saw this opportunity to partner with the Trust for Public Land as a way to turn an unused patch of ground into a productive, positive solution for community health,” she remarked. “We share a common vision with all of you: to ensure everyone has easy access to a park, playground, or natural area. Healthy people populate healthy communities.”

At just over an acre, this isn’t the biggest park around, but its impact is huge, and its importance to the community is bigger yet. “The park was built right on the dividing line of one-time warring gangs,” Ronald explained.

On second thought, the name “Serenity Park” is just right.

To watch a video with Ronald “Kartoon” Antwine and see what Watts Serenity Park once looked like, click here.